Stephan Muradyan, a mountaineer, who didn’t get an opportuniry to climb to Pobeda summit and get a honor of ”Snowy leopard” for subjective reasons .

He was born in 1929. He is an architect and had designed industrial objects.
The last project was the construction of the sugar factory of Gyumri, here he had been the chief architect.

He has been engaged in non-professional sports, athletics and skiing. He’s 1st Class Mountaineering Instructor, Mountain Rescuer, International Class Sports Master.
He has done about 200 sporting upgrades in the Caucasus Mountains and Pamir Mountains, 6 of which above 7000 metres.
While reading books about travellers he has always been thinking wheather he will have a single opportunity to see these kinds of plases. During the years of study at the Polytechnic Institute massive ascent to mount Aragats were implemented , Stephan Muradyan was the leader. He did not consider these ascents alpinism, as, according to him,there should be a fight in alpinism, but in Aragats there wasn’t.

During those years, he was offered to participate in the ascent of Mount Elbrus.

However, following to the decision of the group leader, they didn’t climb up to the summit. Instead of Elbrus they climbed to Mount Koguta (1B-2A).  He feels that the story of the mountaineer Stephan Muradyan began with that ascent.

Mountaineering had been a profession for him, not a hobby.  In 1958  he participated in the complete crossing, traverse, of the mountain range of Aksayut, for which he was awarded the first degree diploma of the Burwell Union Volunteer Sports Company.
In 1959 he participated in  the united highland mountain hiking expedition,organized by VSS Burevestnik.

He has been also a member of the intelligence group of the event, led by the Honored Master of Sport, the first USSR’s ”Snowy Leopard” E. Ivanov.

The first ascent to the mountain of Communism Muradyan wasn’t successful. While crossing Garmo glacier he had received a right leg injury, a fracture of two bones of the spine. After a long-term treatment, in 1960, he succeeded in joining the jubilee ascents of Elbrus and Kazbek peaks, organized by Kabardino-Balkaria and North Ossetia.

1960-1990 he has worked in alpinist camps in the Caucasus and Pamir, particularly in Pamir International Camp 1984-1985.
He considers himself a successful Armenian mountaineer as he had an opportunity to participate in the 3 largest alpinist events organized in the Soviet Union and carry out international ascents during them.

The 1st, in 1967, was an international ascent to Lenin (7134 m) peak, dedicated to the 50th anniversary of the October Revolution, the participants were  Muradyan (leader), A. Goletsyan, E. Poghosyan, L. Ohanyan. They climbed with the way called Lipkin’s rocks.
During this rise, the Armenian expedition was distinguished by its organization, calmness and solidarity. S. Muradyan considers this as one of the most important, as it for the Armenian mountaineers to launch 7000+  ascents. Before this they were training  climbing  Mount Hatis.
The 2nd, in 1969, was an international ascent that was dedicated to V. Lenin’s 100th birth anniversary. The event was attended by not only states but also individual mountaineers, including Stepan Muradyan. The ascent was held over the summit of Pik Rasselnaya (6148 m) .

3rd, 1972 international uprising Communism (7495 m) peak, devoted to the 50th anniversary of the USSR formation. The participants were R. Harutyunyan (who was the leader who failed to get up because of illness) Karchikyan, S. Muradyan, E. Poghosyan: The ascent was held on the Pamir Plateau.

In 1985, at the age of 56, Stepan Muradyan climbed the Lenin tower on the way to Skalutut for the third time.
In 1995 an international ascent was held to Mt Elbrus (5642m), which was carried out after the collapse of the USSR and was dedicated to the 50th anniversary of the victory in the Great Patriotic War (organized by the Russian Federation, head of the Armenian group S. Muradyan).
During this ascent, a conflict occurs because of bad weather. The leaders of the Russian groups forbid the members of their group and Stepan Muradyan is also saying that the ascent will not take place. But Stepan Muradyan, as a representative of a separate state, makes a successful ascent with his team.

In the following years, the director of the Armenian mountaineers’ club,A. Nessisyan has organized several expeditions to Turkey to climb Mt Ararat. In 1995 and 1999 Turkish authorities did not allow them to climb the mount.
In 2007 they succesfully climbed Mt Ararat.  78 -years-old S. Muradyan could finally stand on the top of Ararat.
In 1829  the expedition of Parrot, in which our great writter and enlightener Khachatur Abovyan was also participating, successfully overcame the height of Mount Ararat for the first time.
180 years later, in 2009, 80-year-old S. Muradyan wanted to climb Mount Ararat again. At the end of September, the seasons on the Mount Ararat are unfavorable. The participants of the ascent, though very bad weather conditions, had crossed the 5000 meter line and seemed they could reach the peak.
But strong wind, snow, dense fog made them to stop the climb. When they reached a 4200 m high camp, the Kurdish escort was shoot by lightning, they succeed in saving the escort’s life and dropping with no losses.
According to Stepan Muradyan there are no easy or complex mountains because it  much depends on the weather. Due to weather conditions, the climb can be difficult, and in a good weather it can be easy to climb a difficult mountain.

The article by Narine Tchagharyan 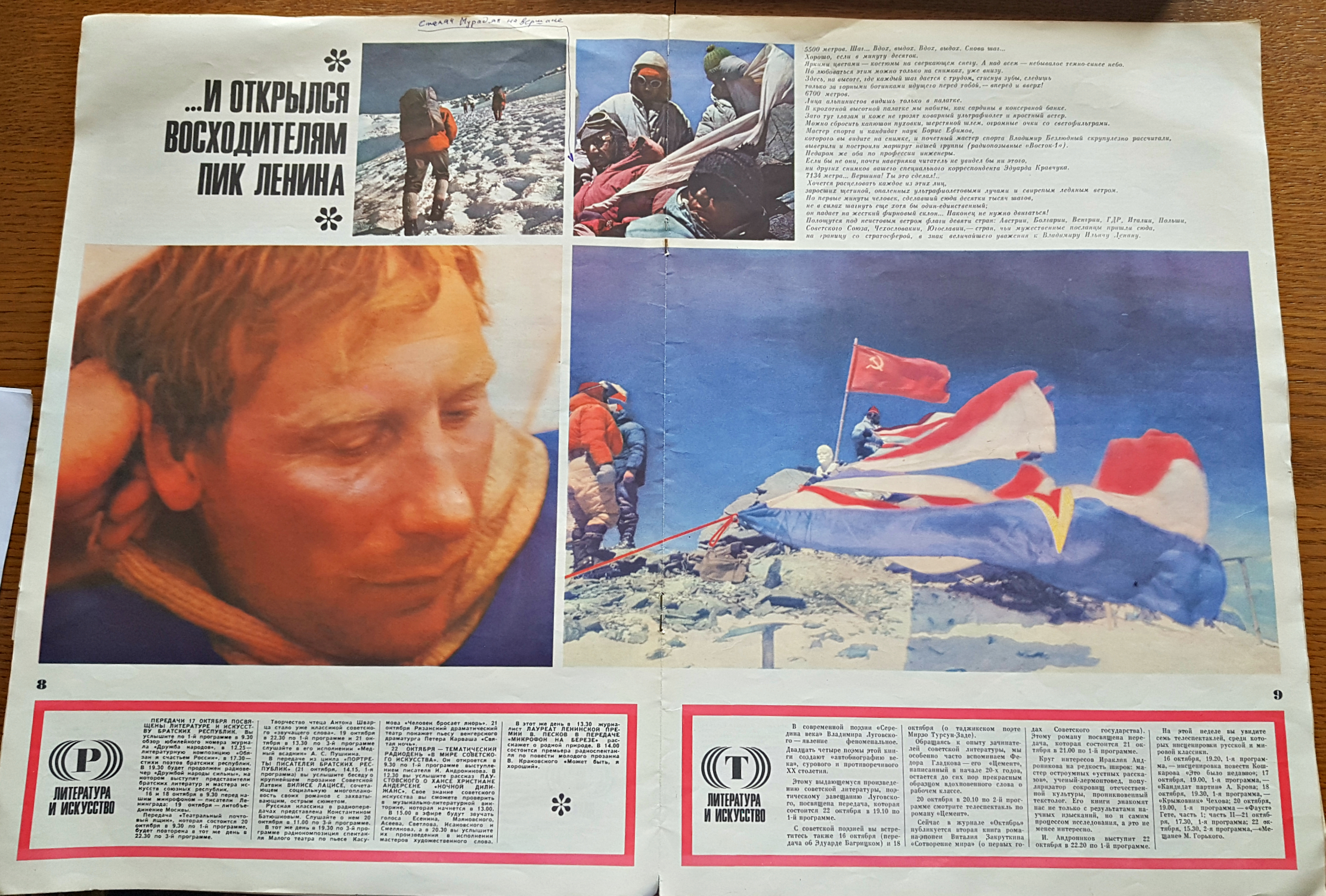 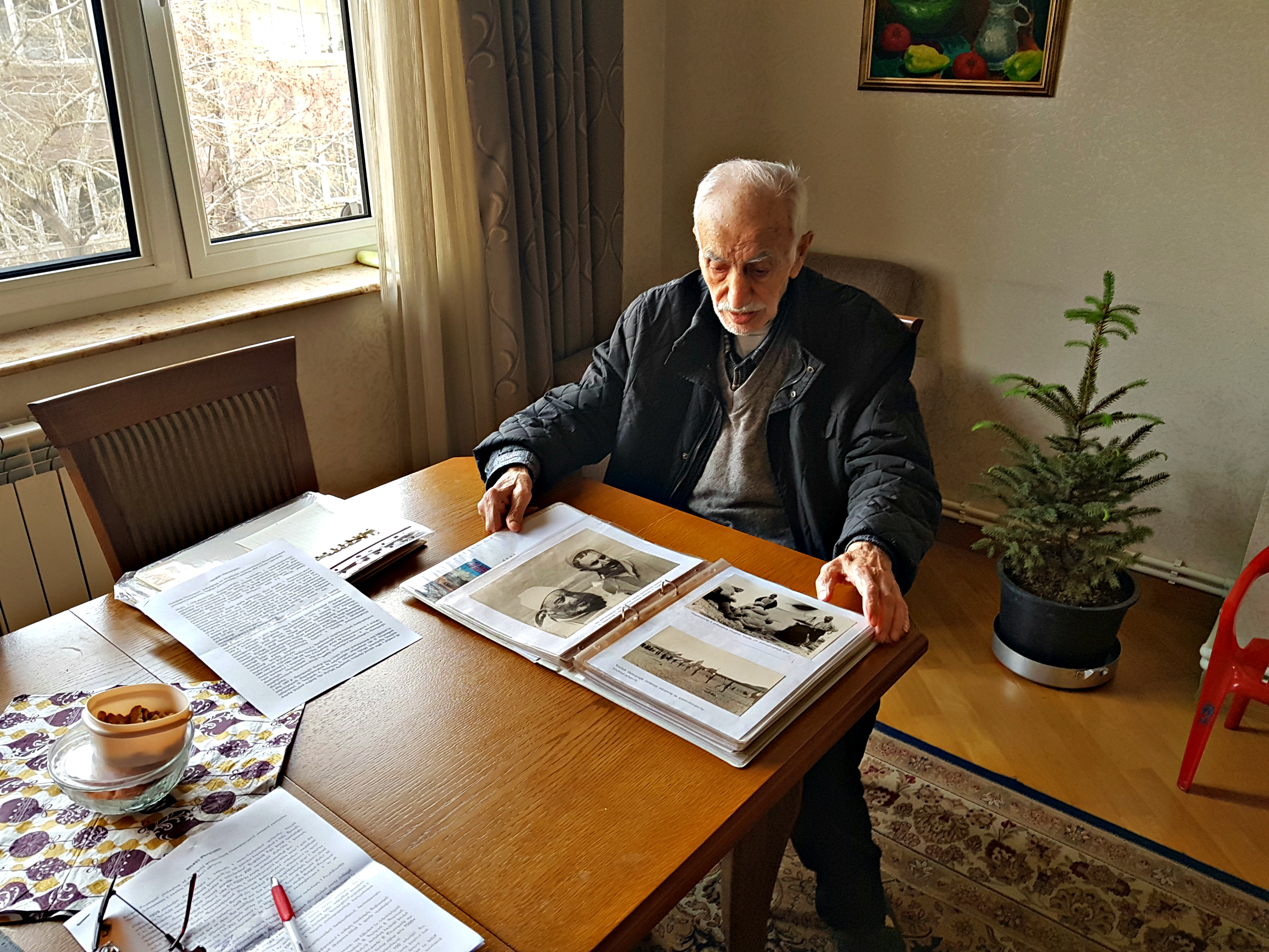 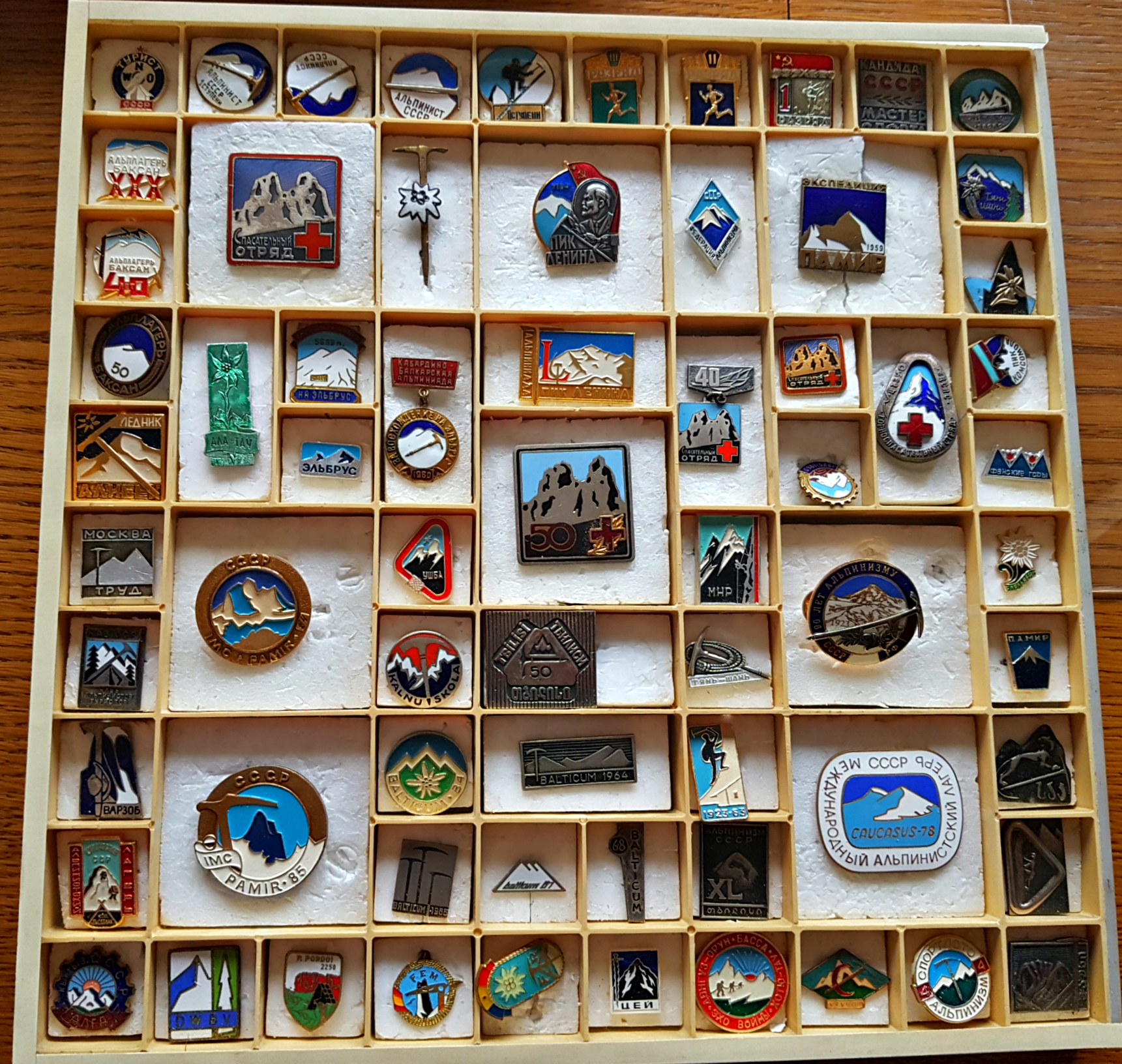 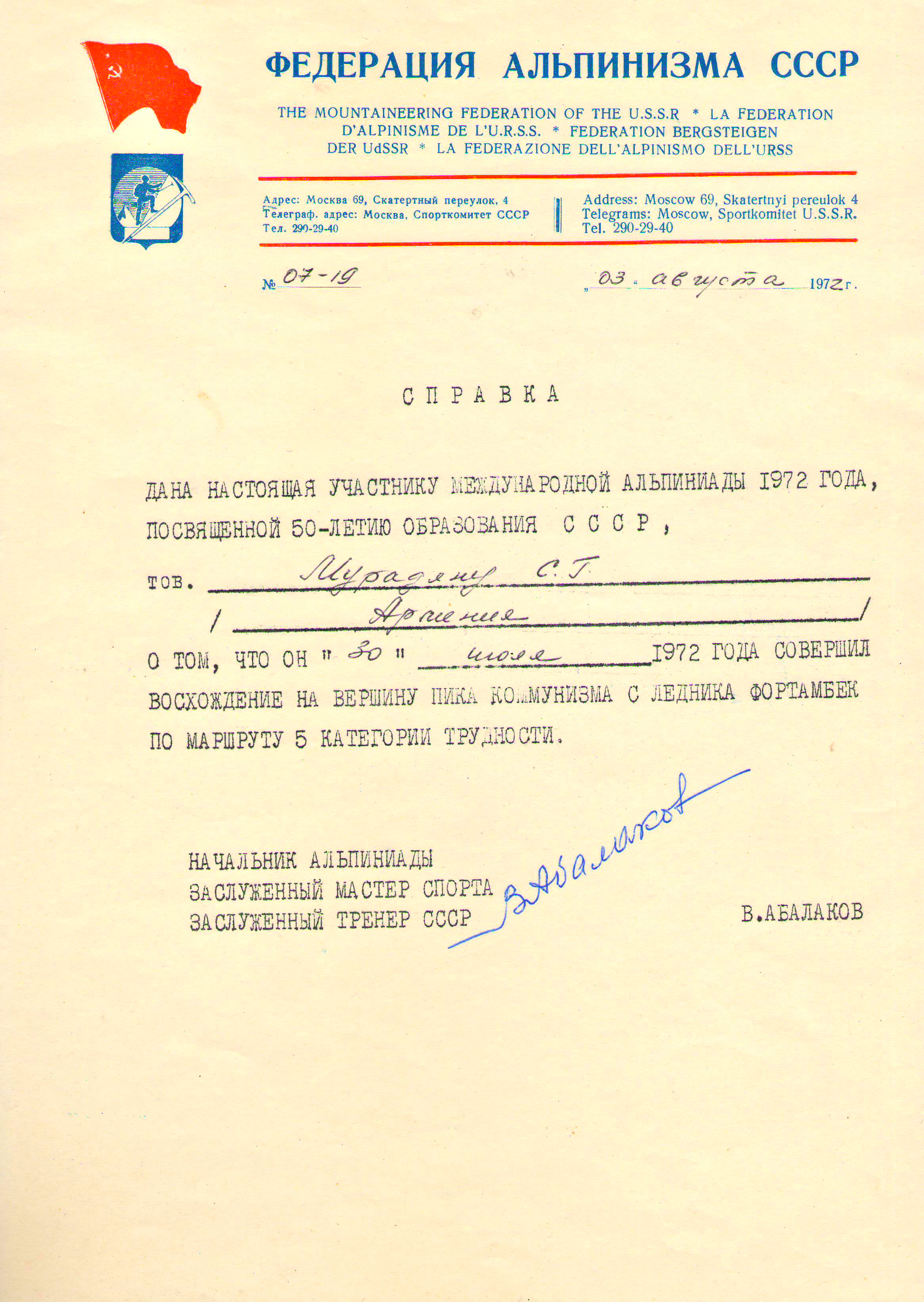 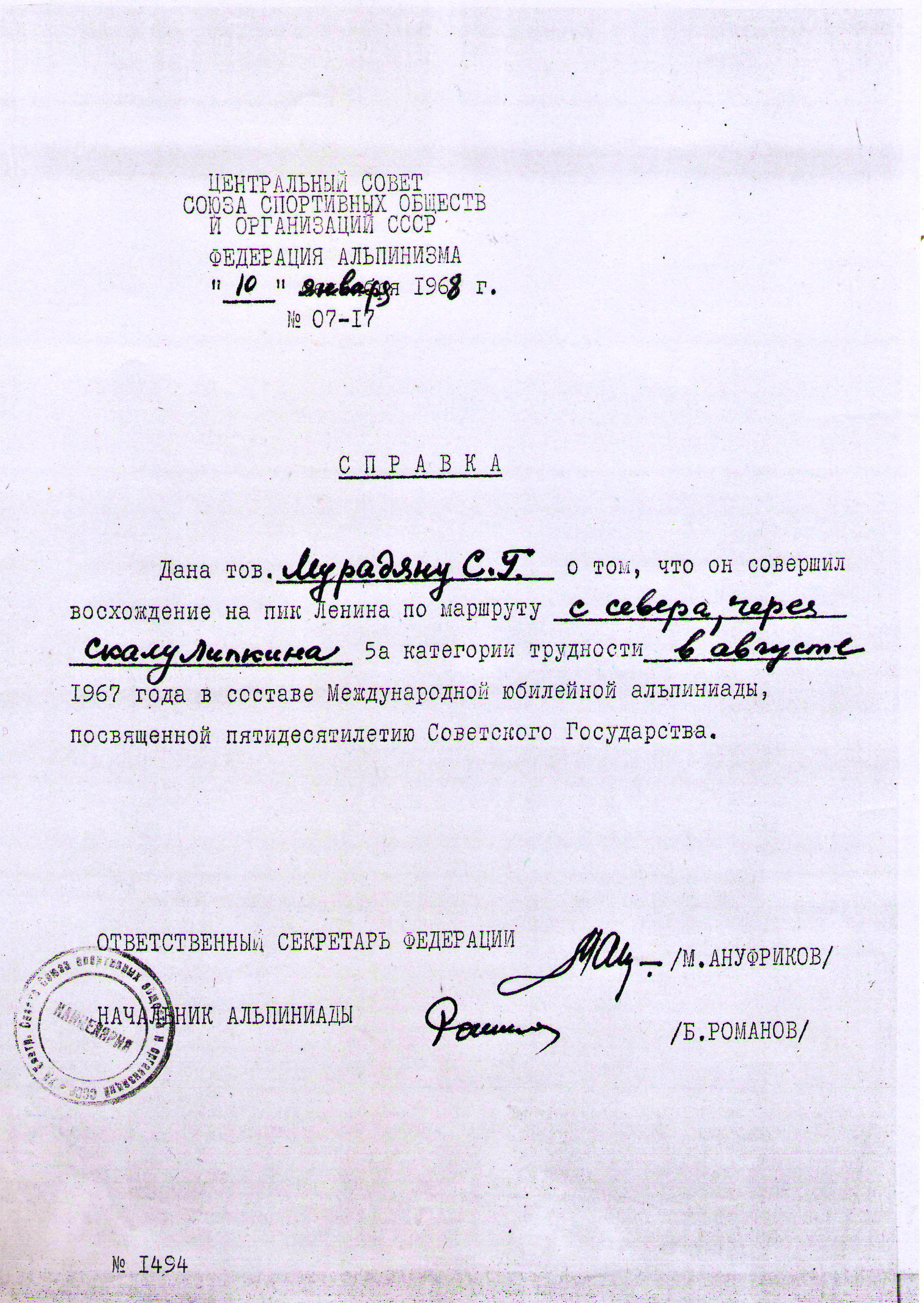 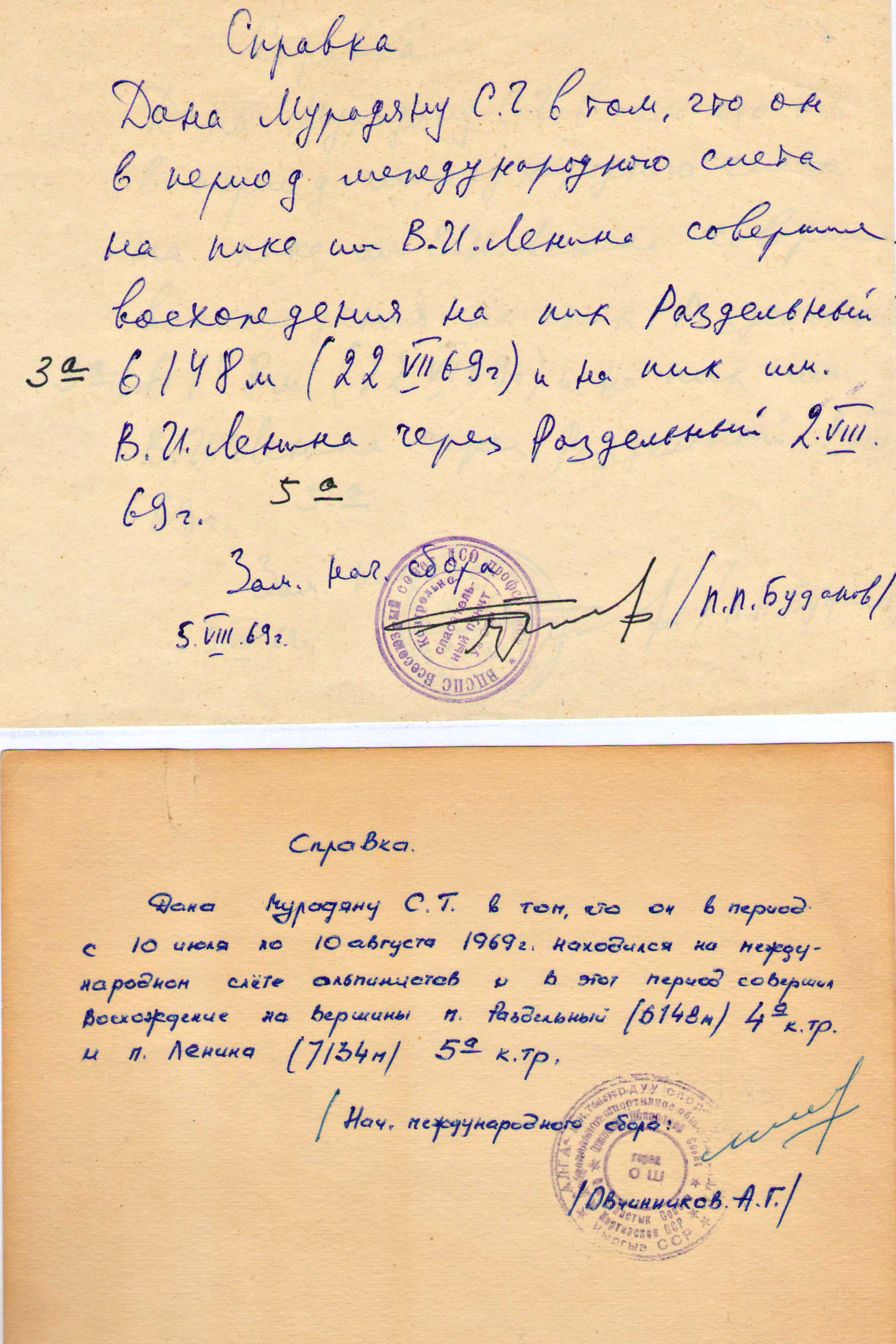 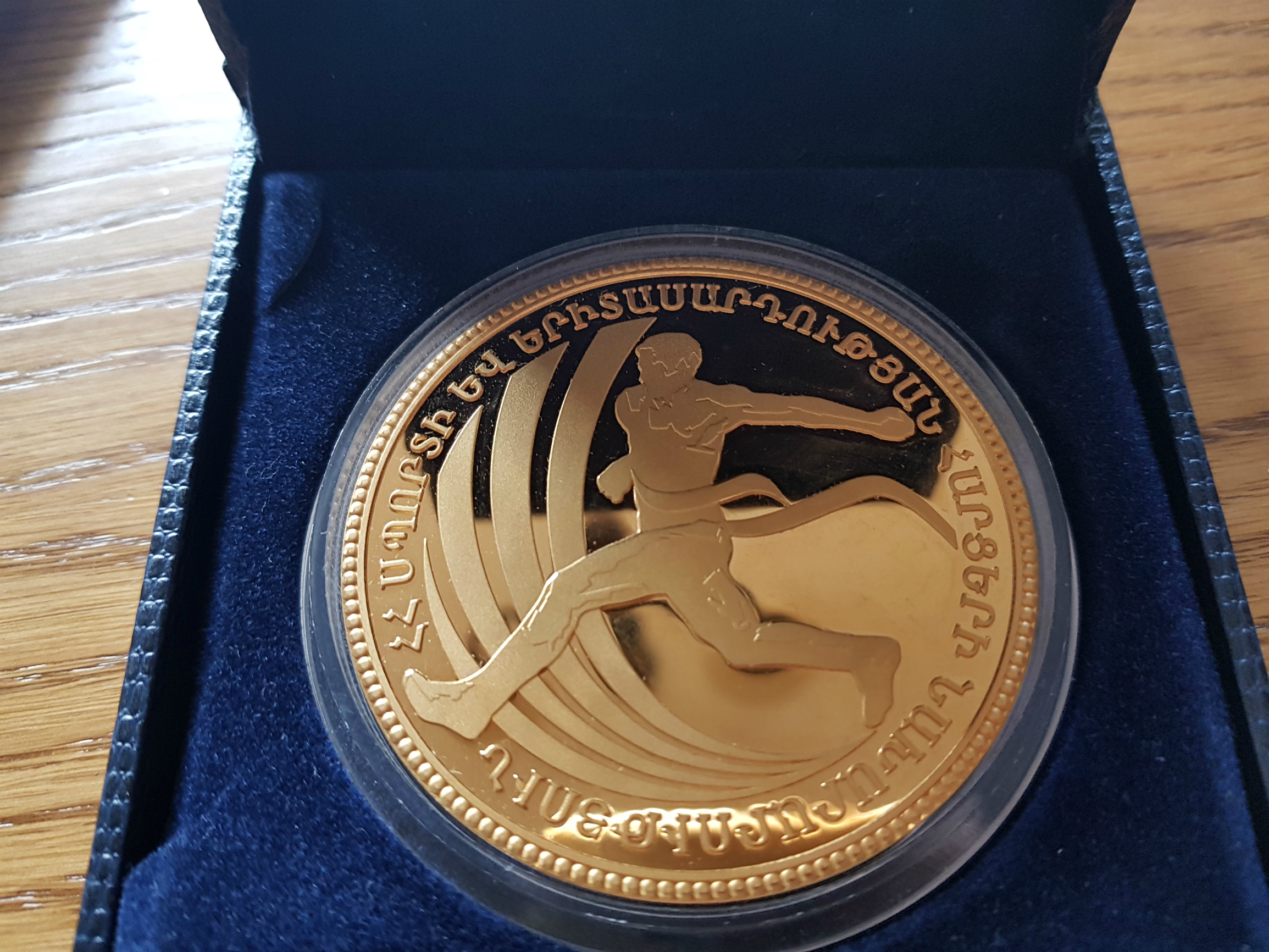 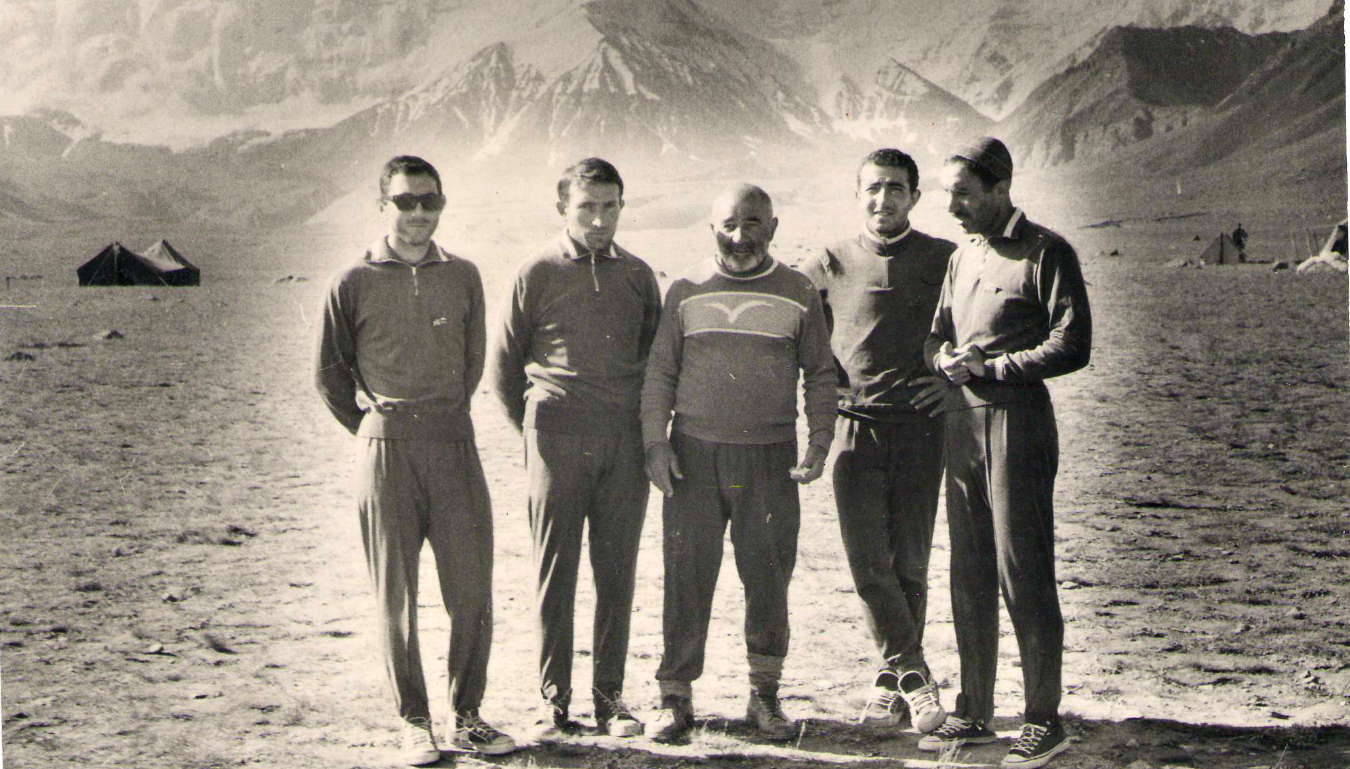 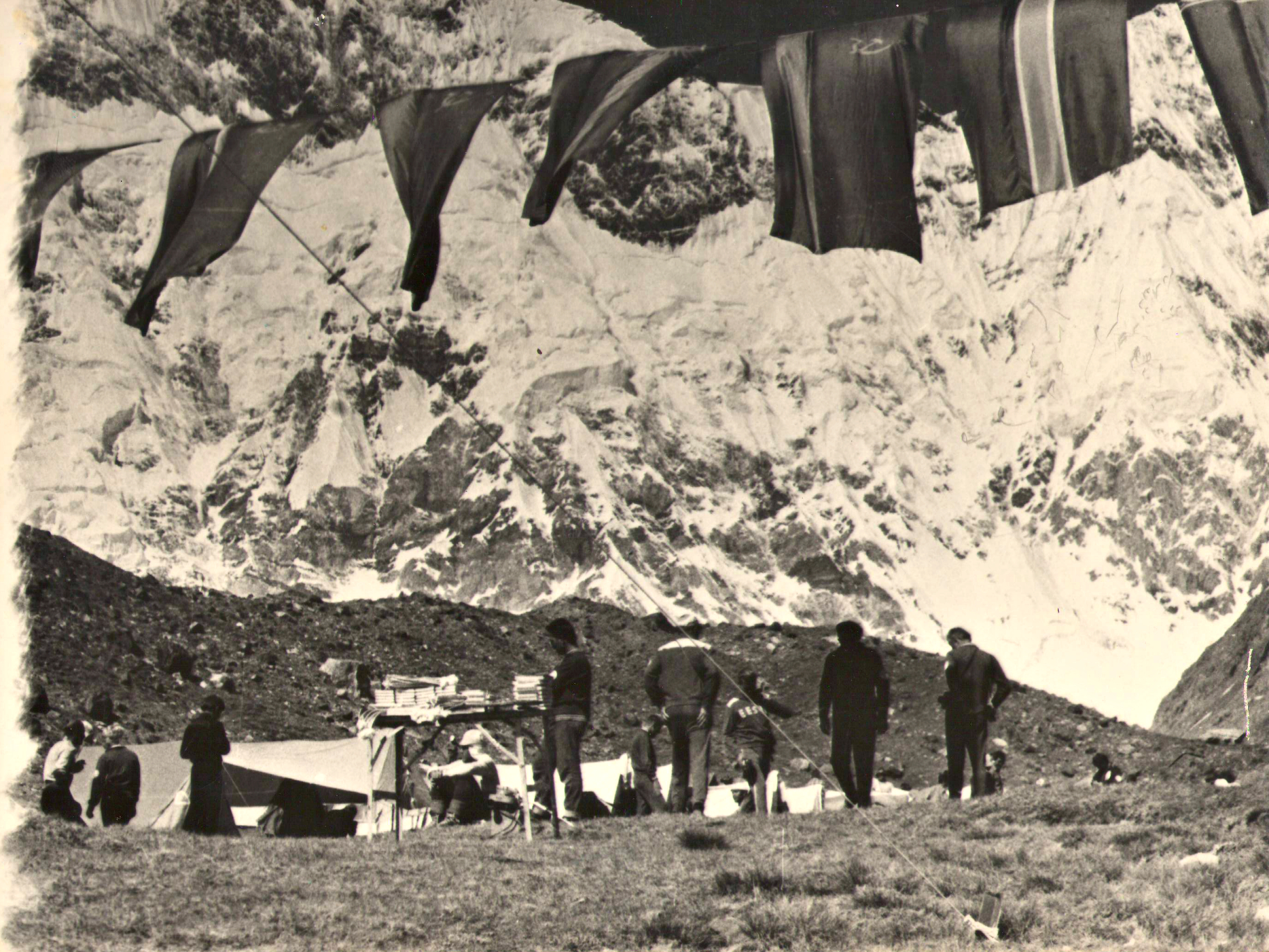 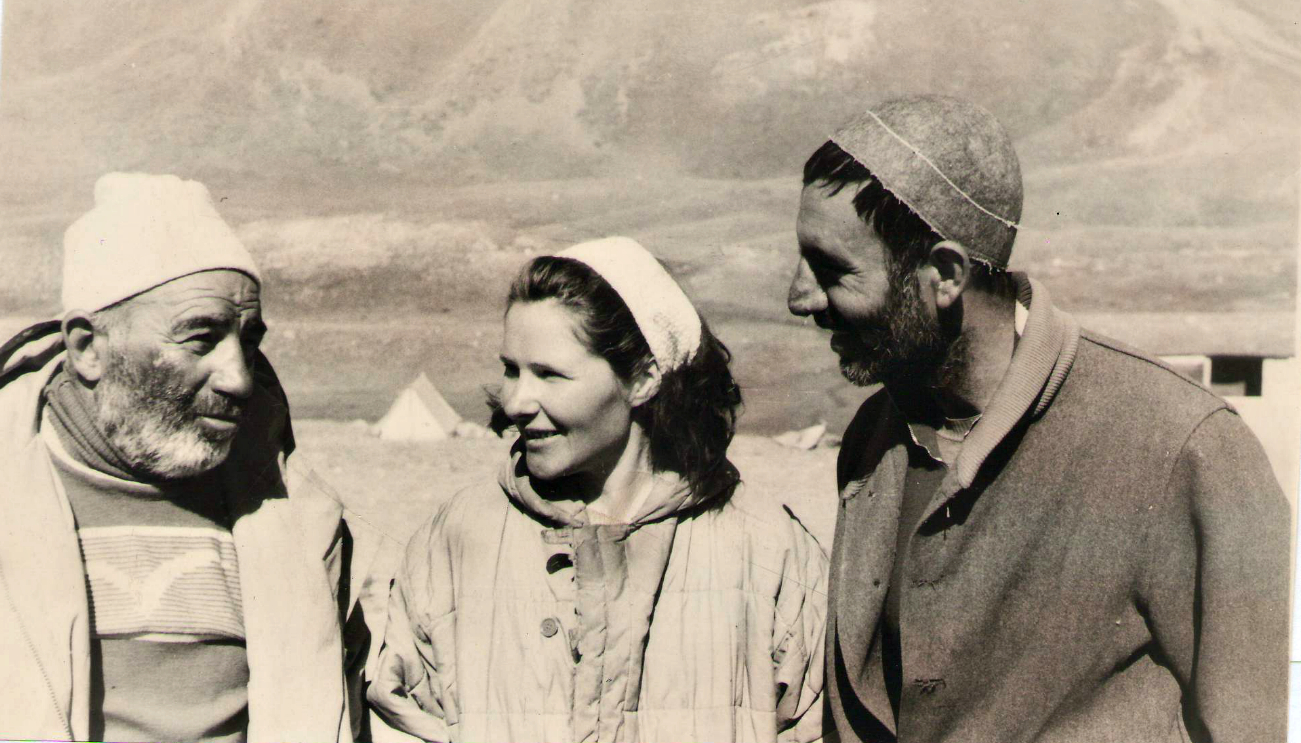 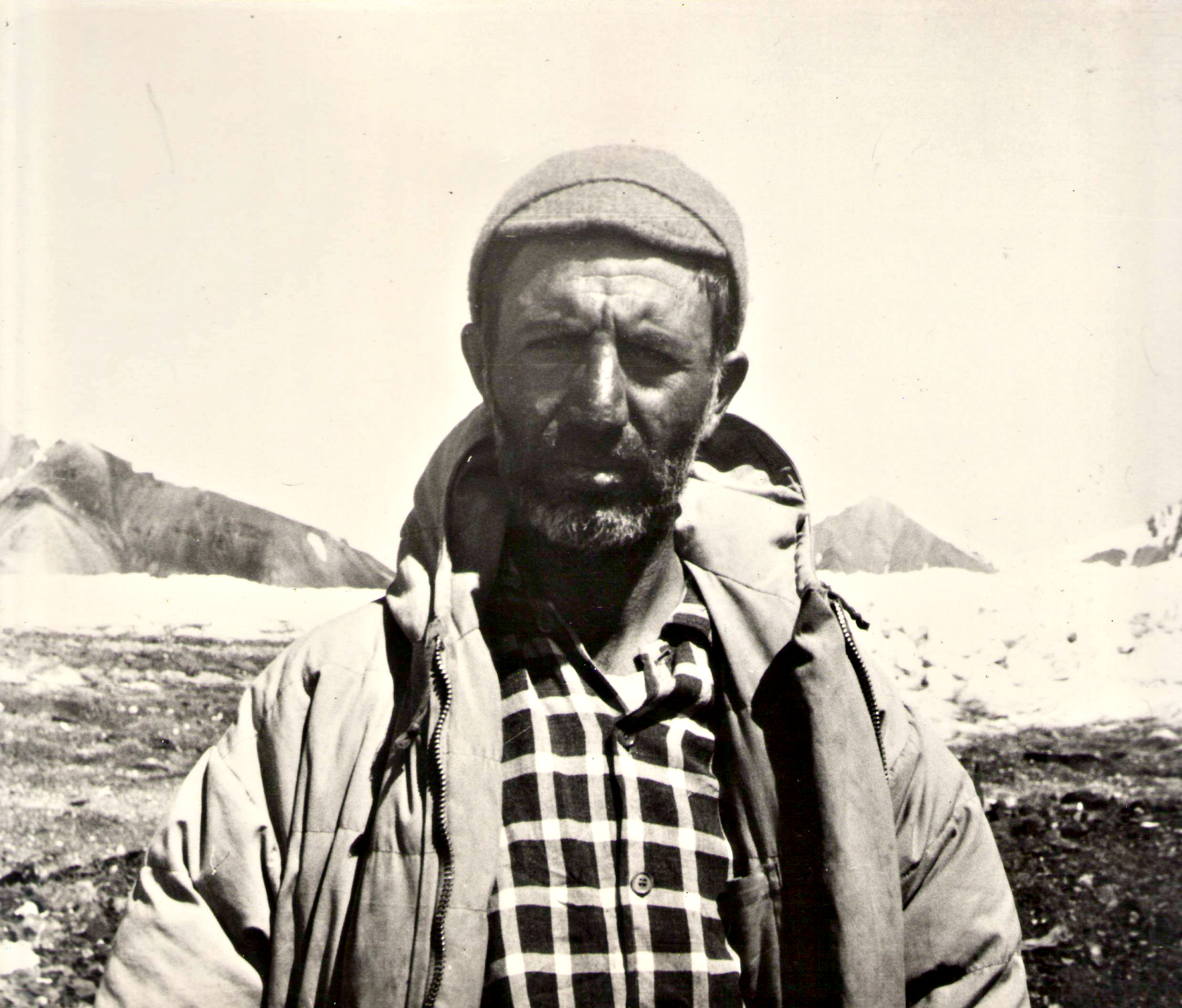 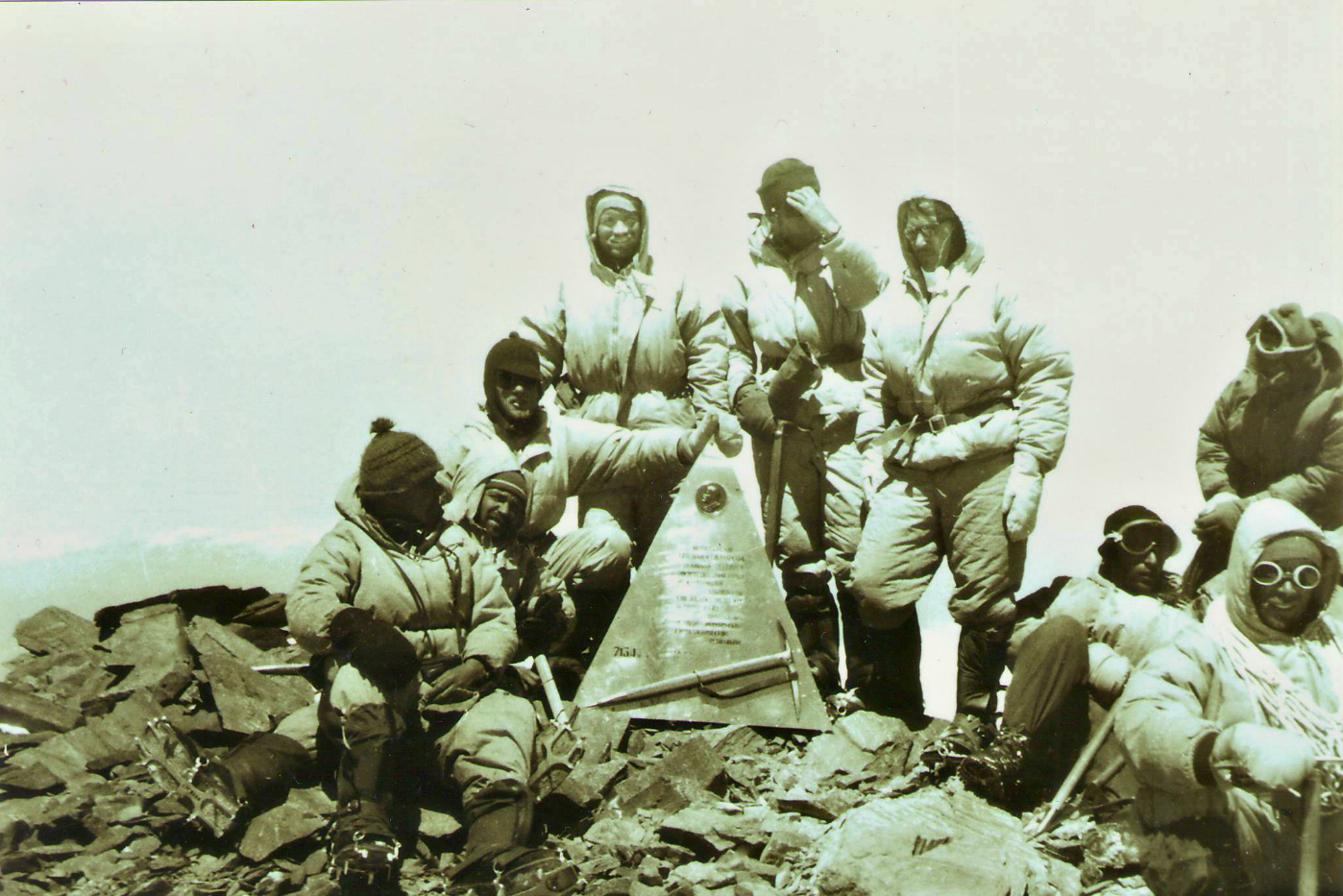 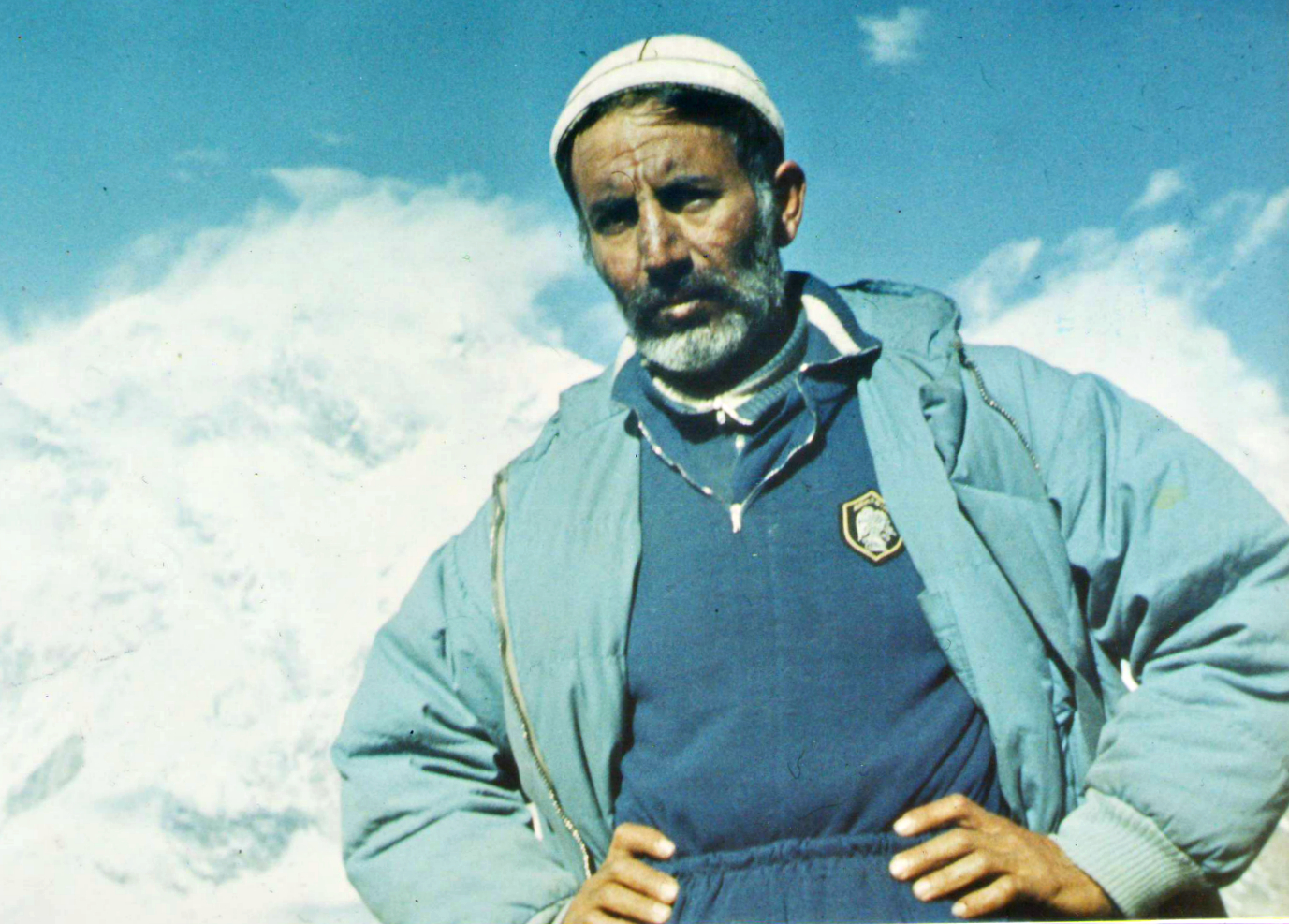 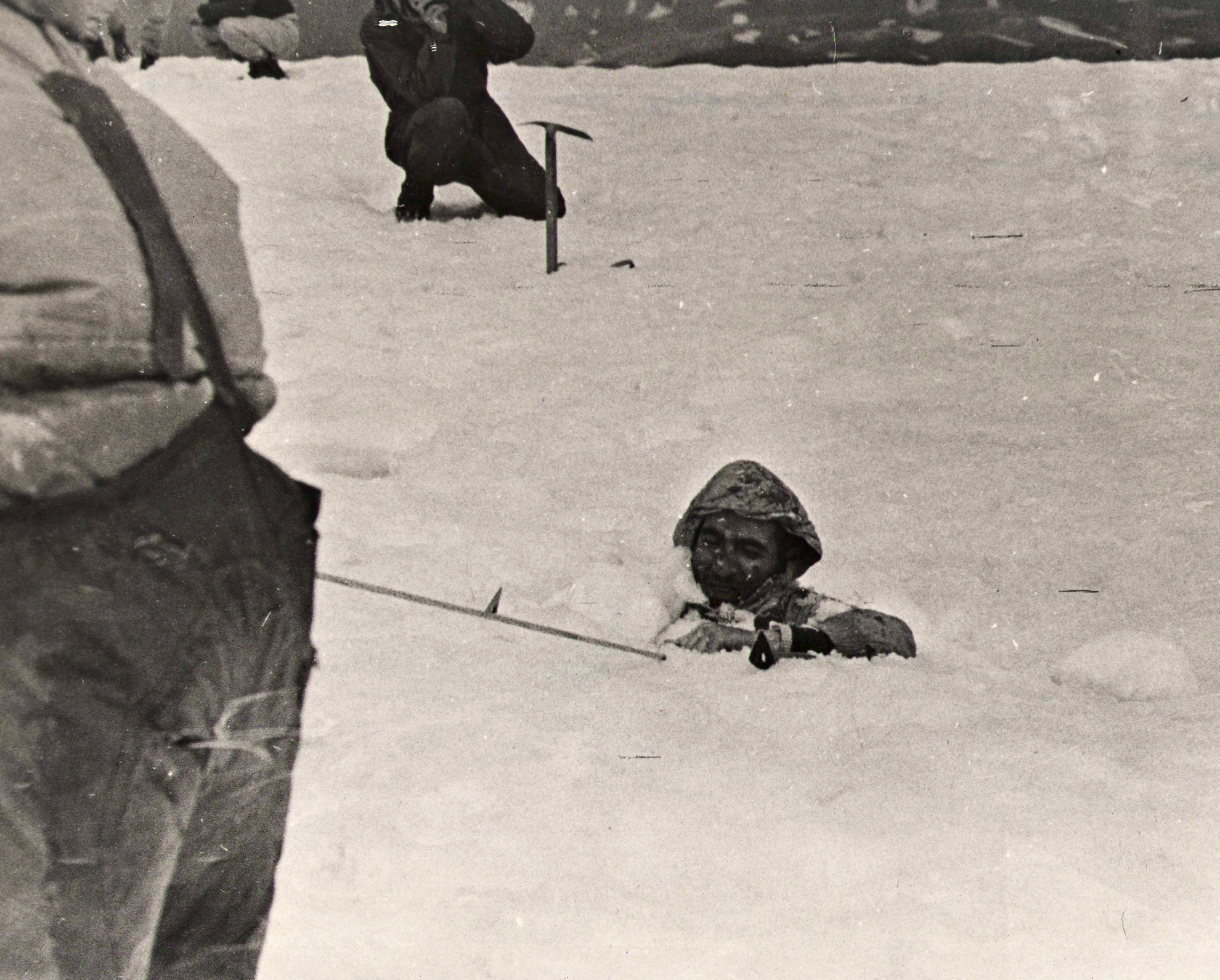 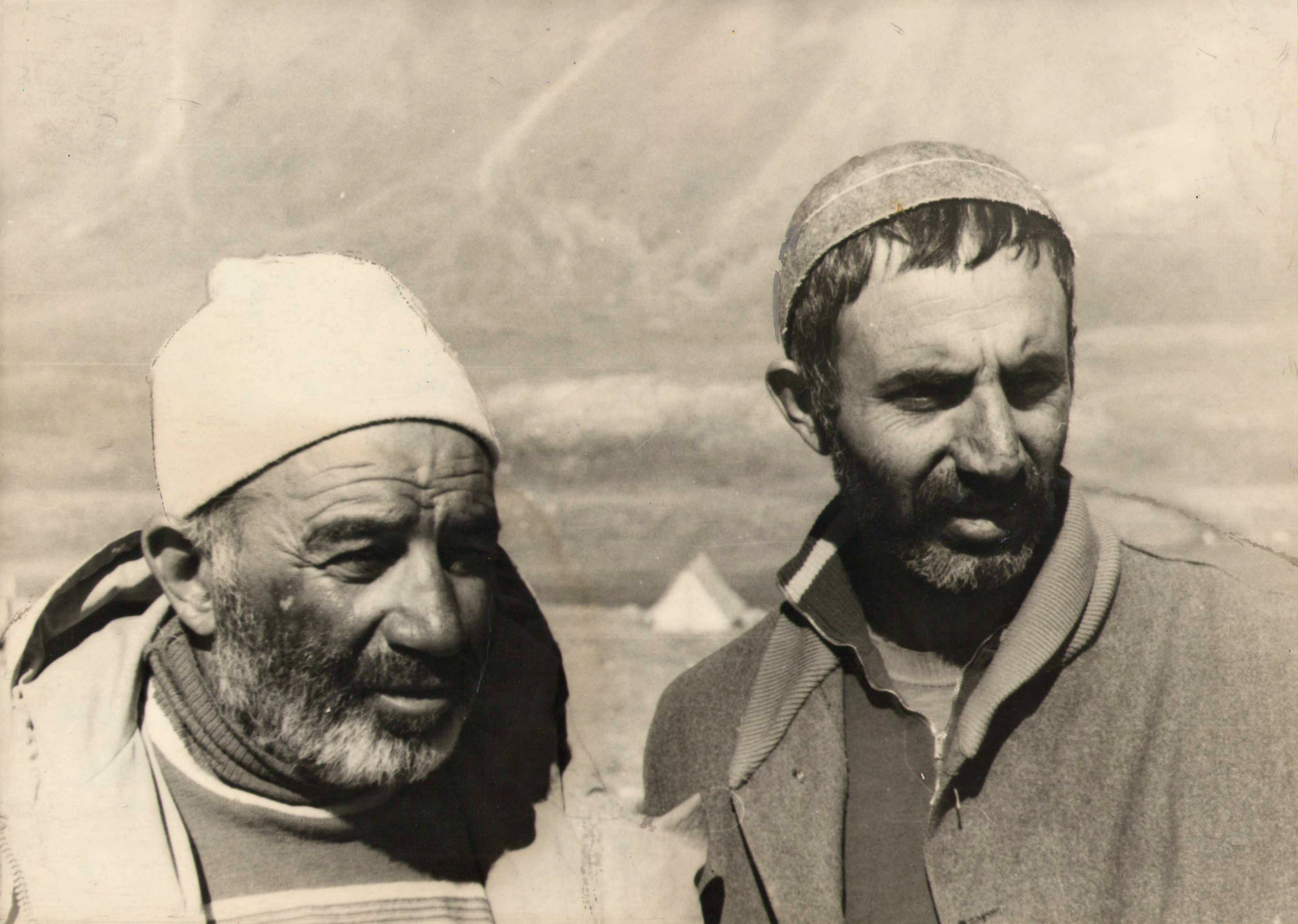 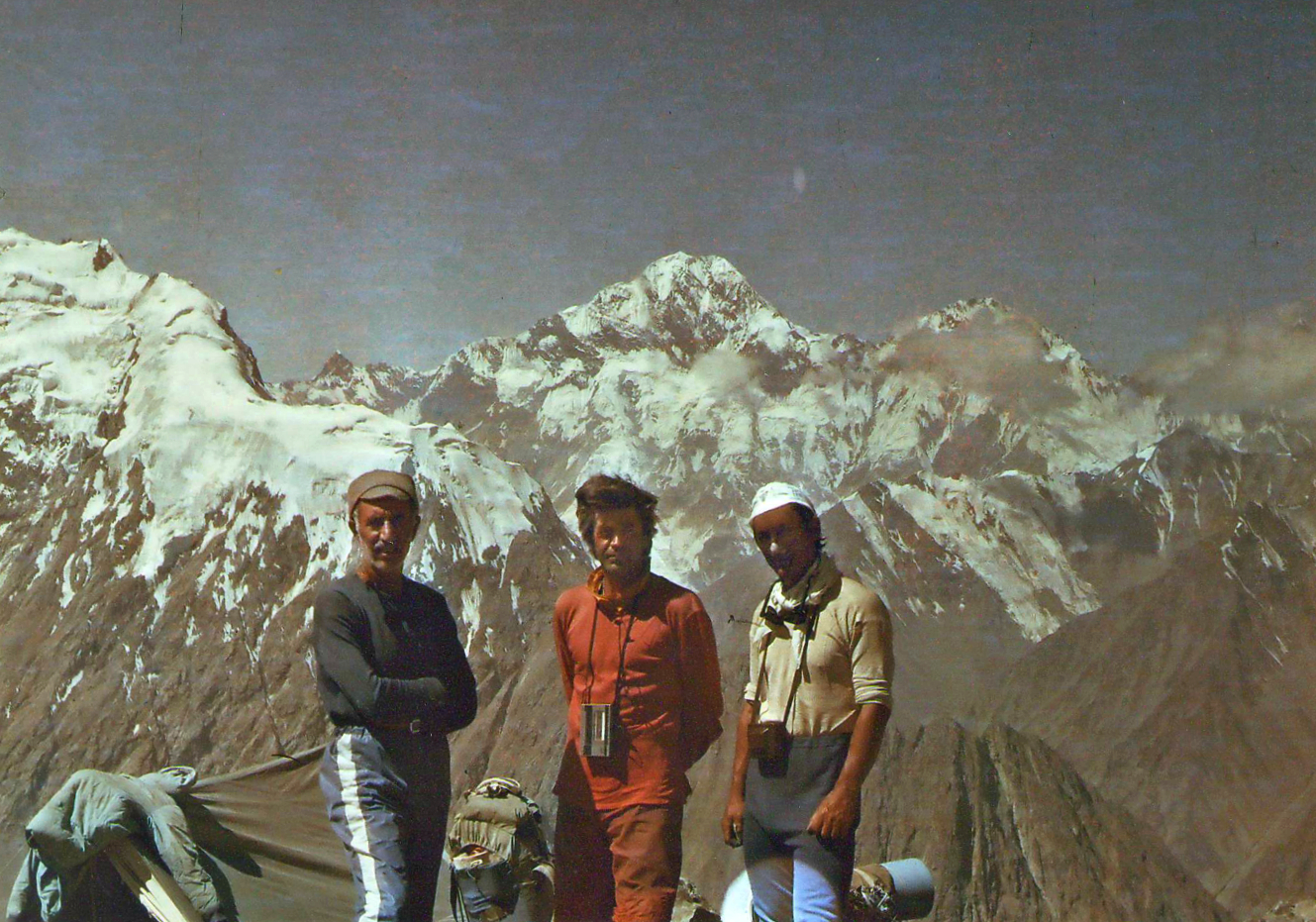 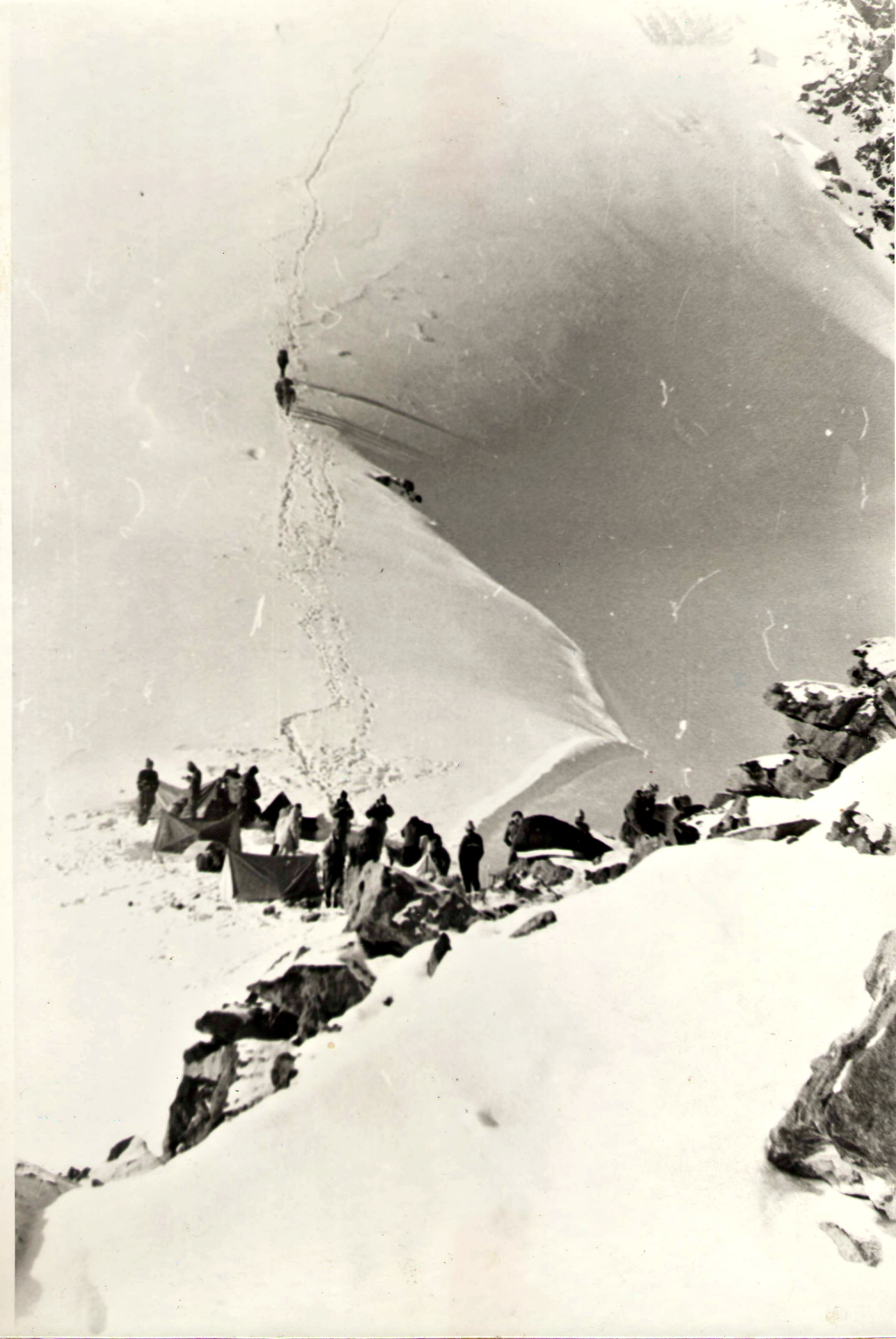 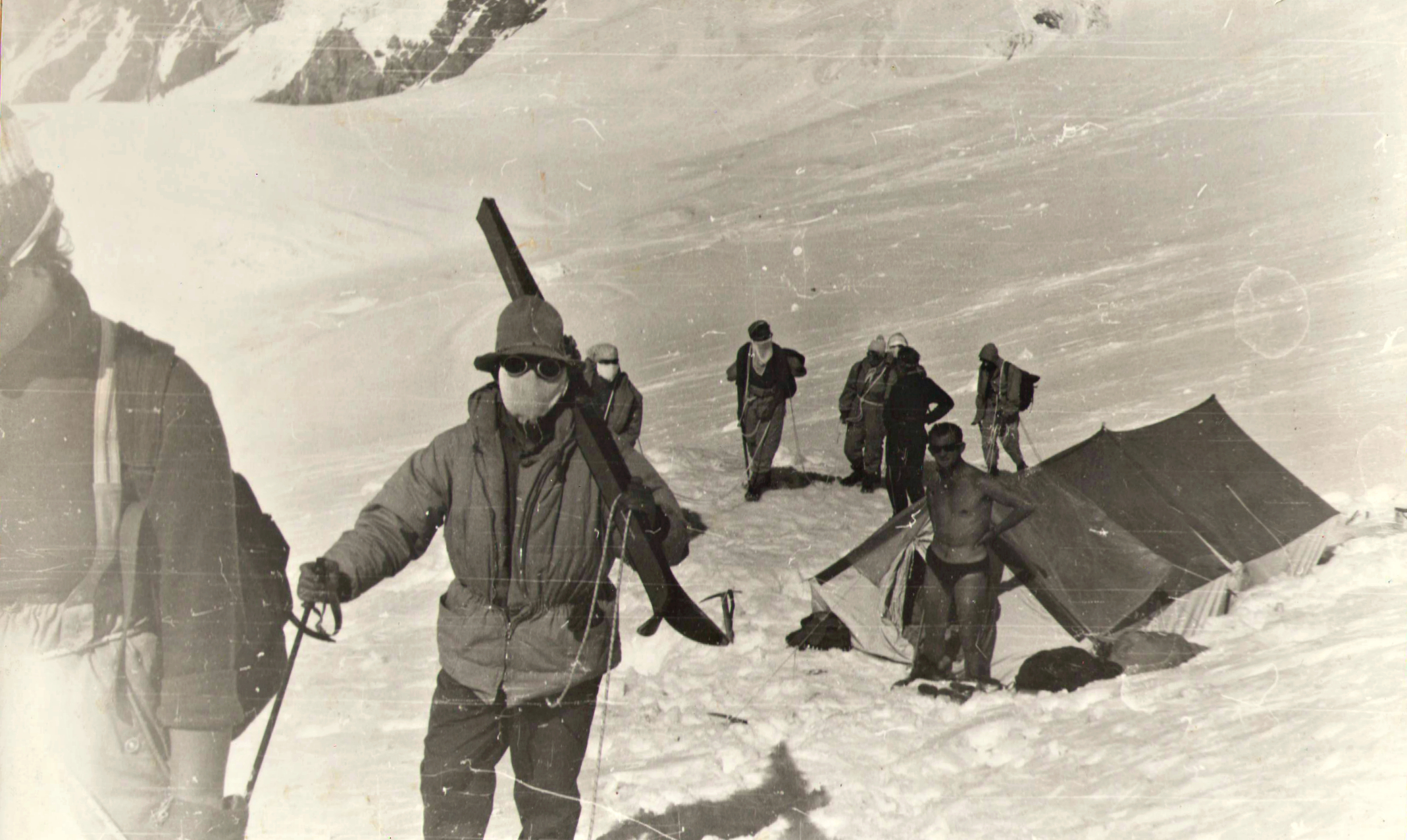 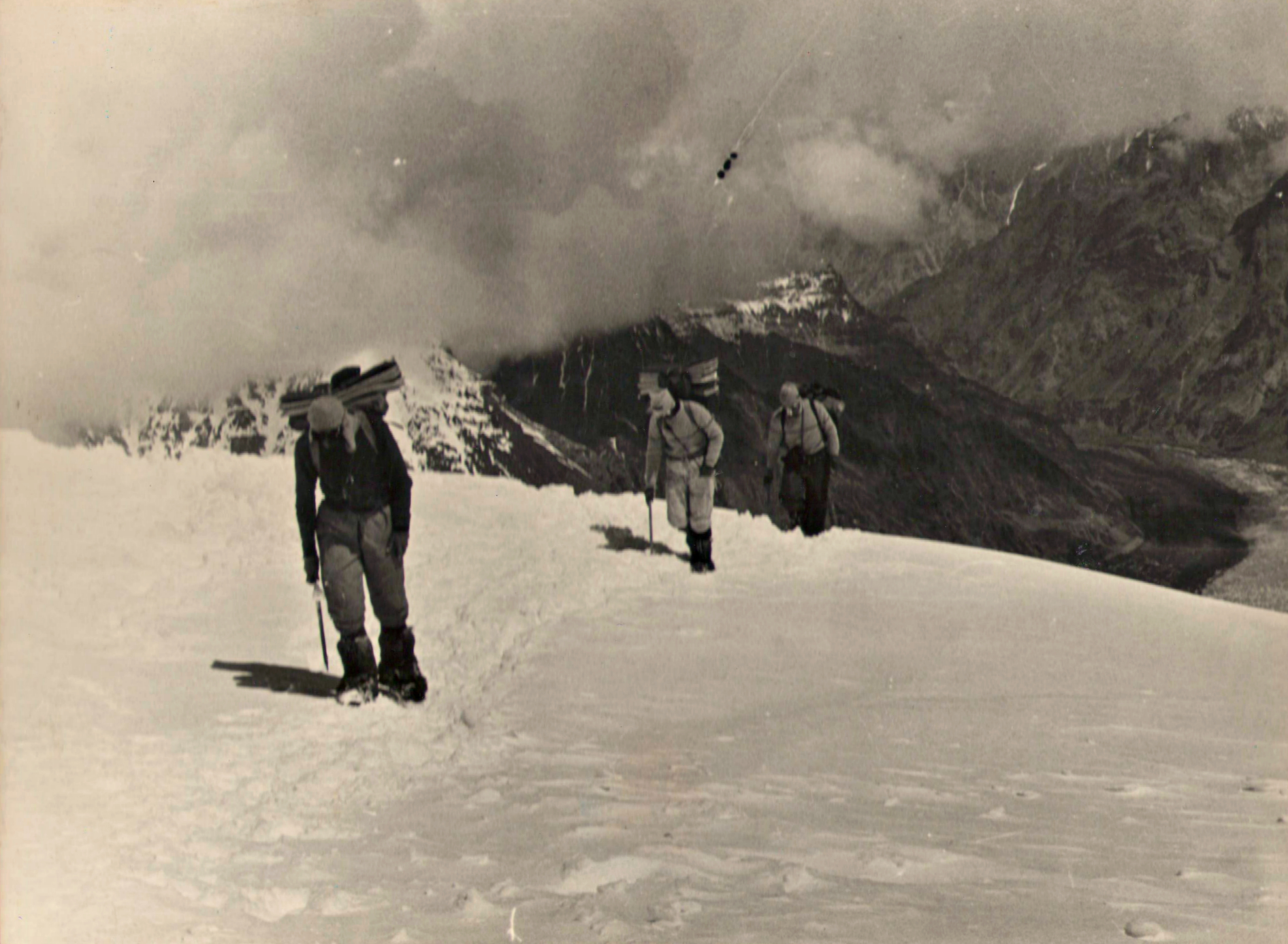 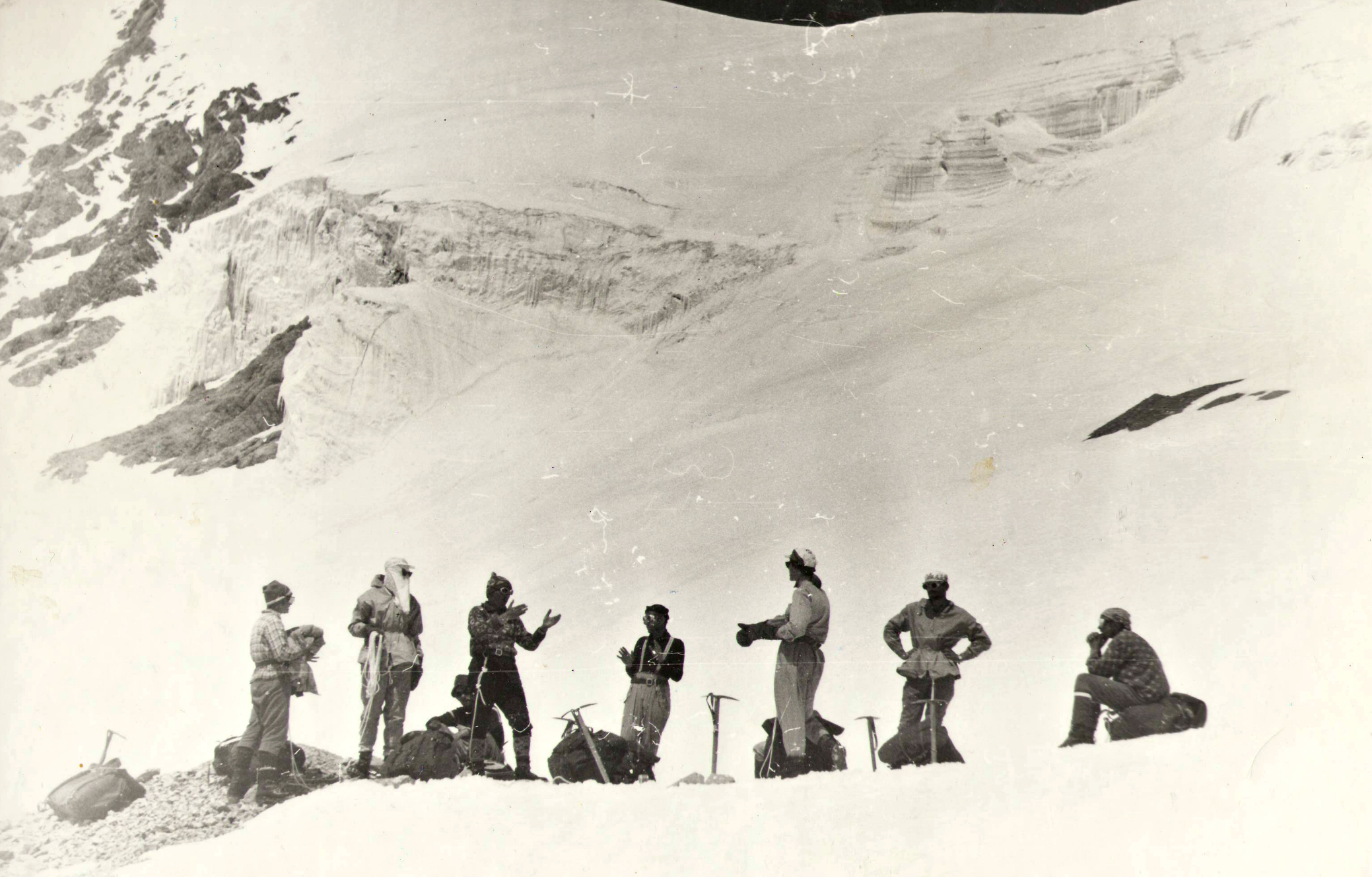 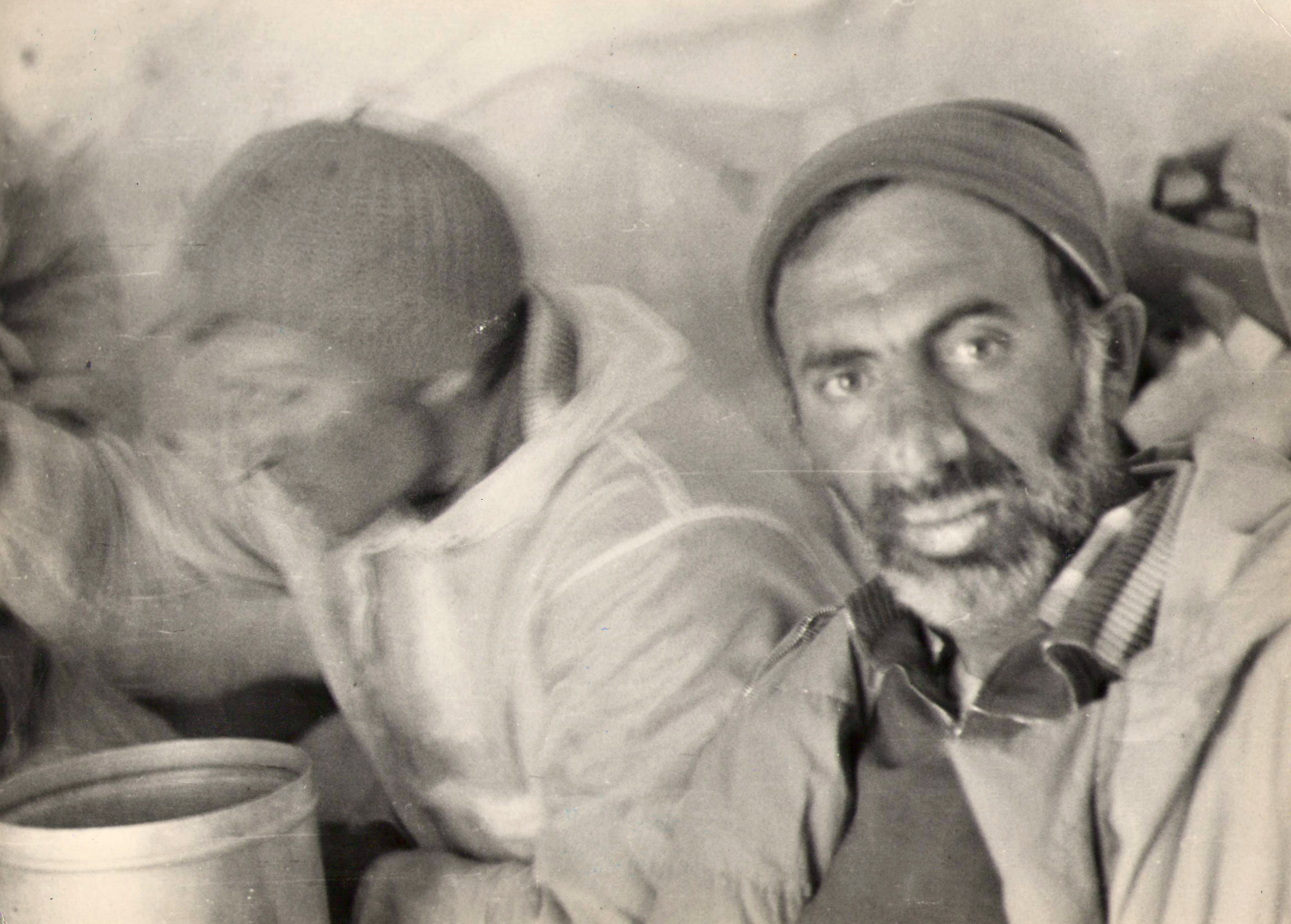 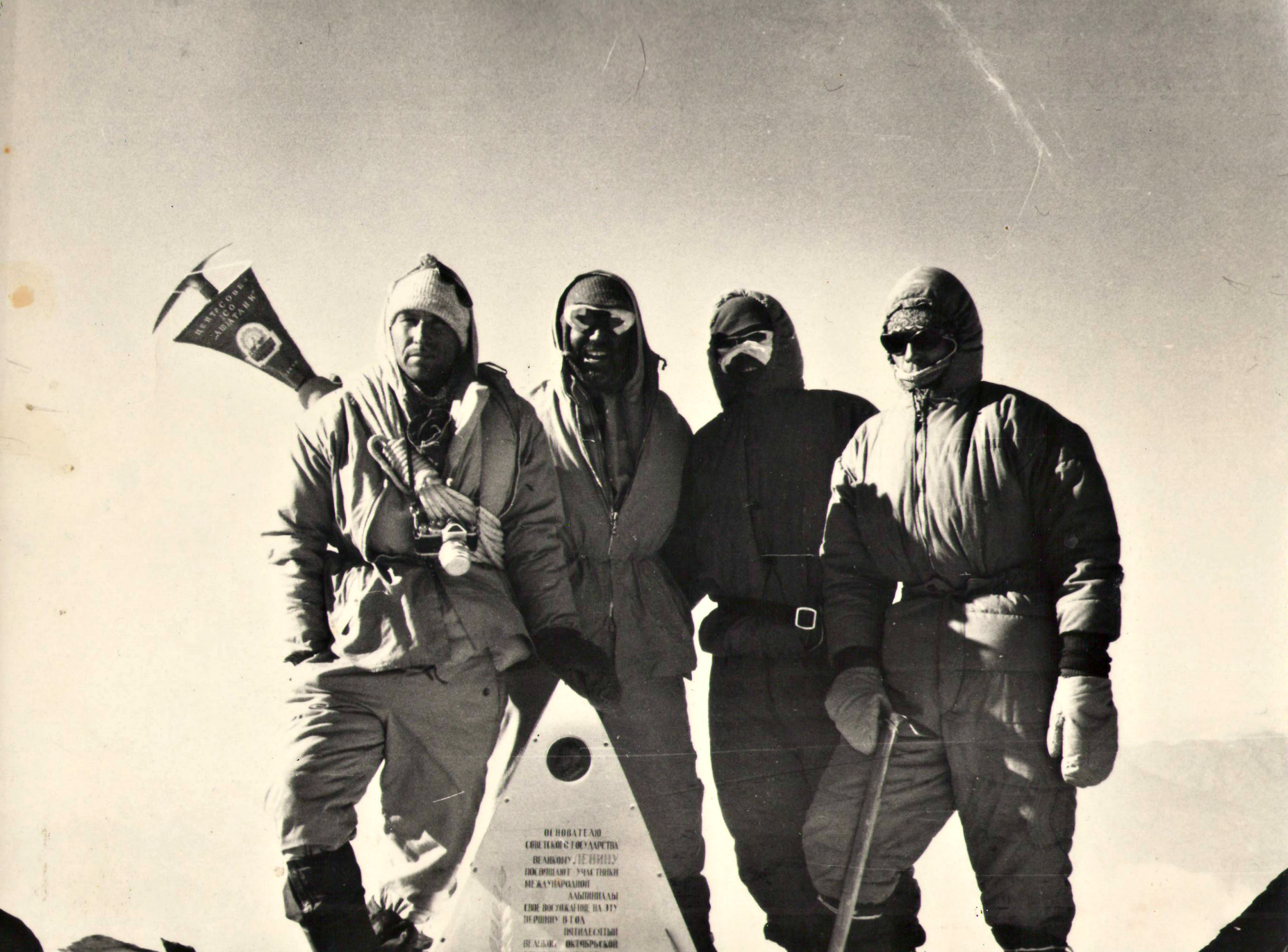 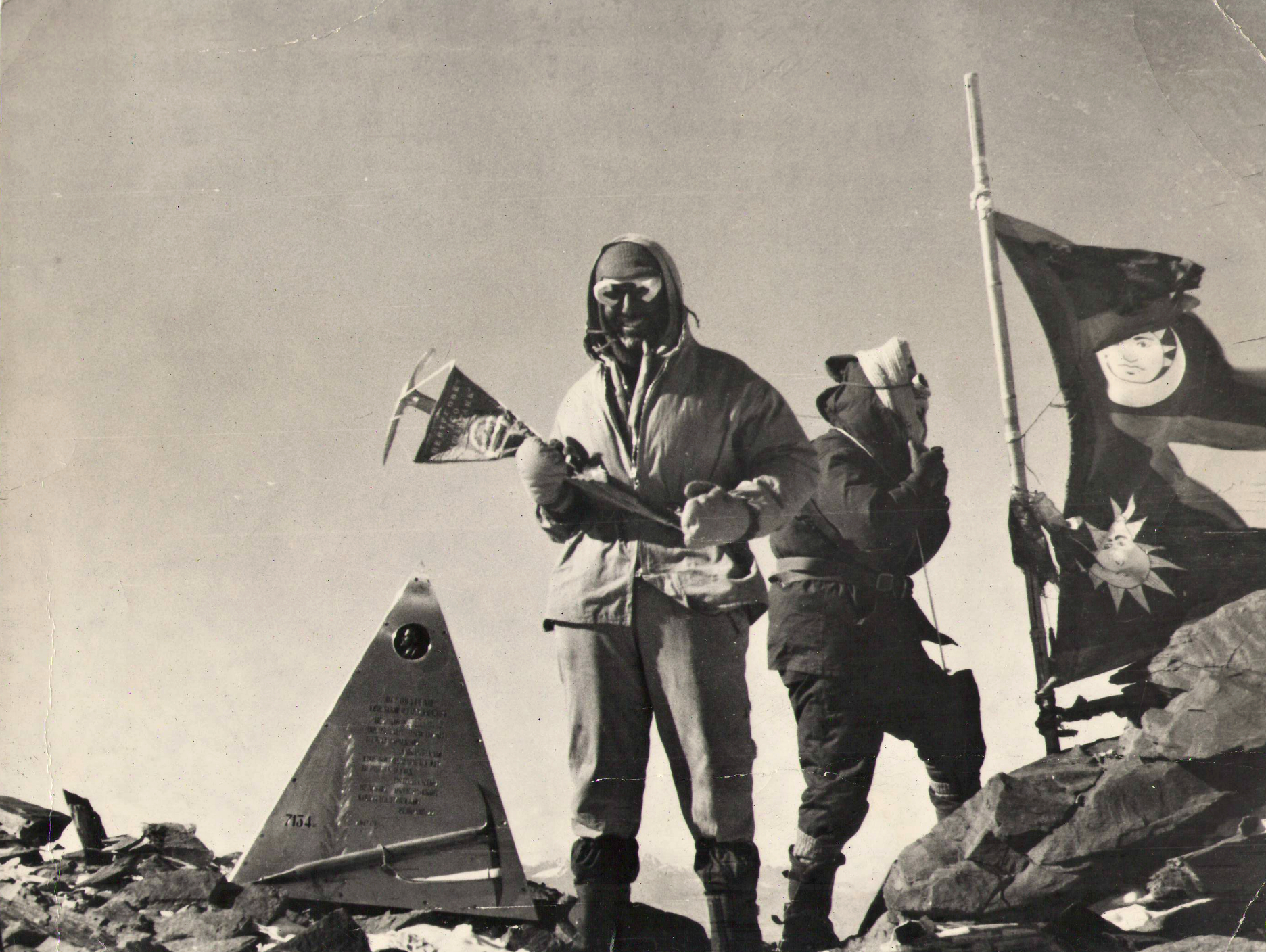 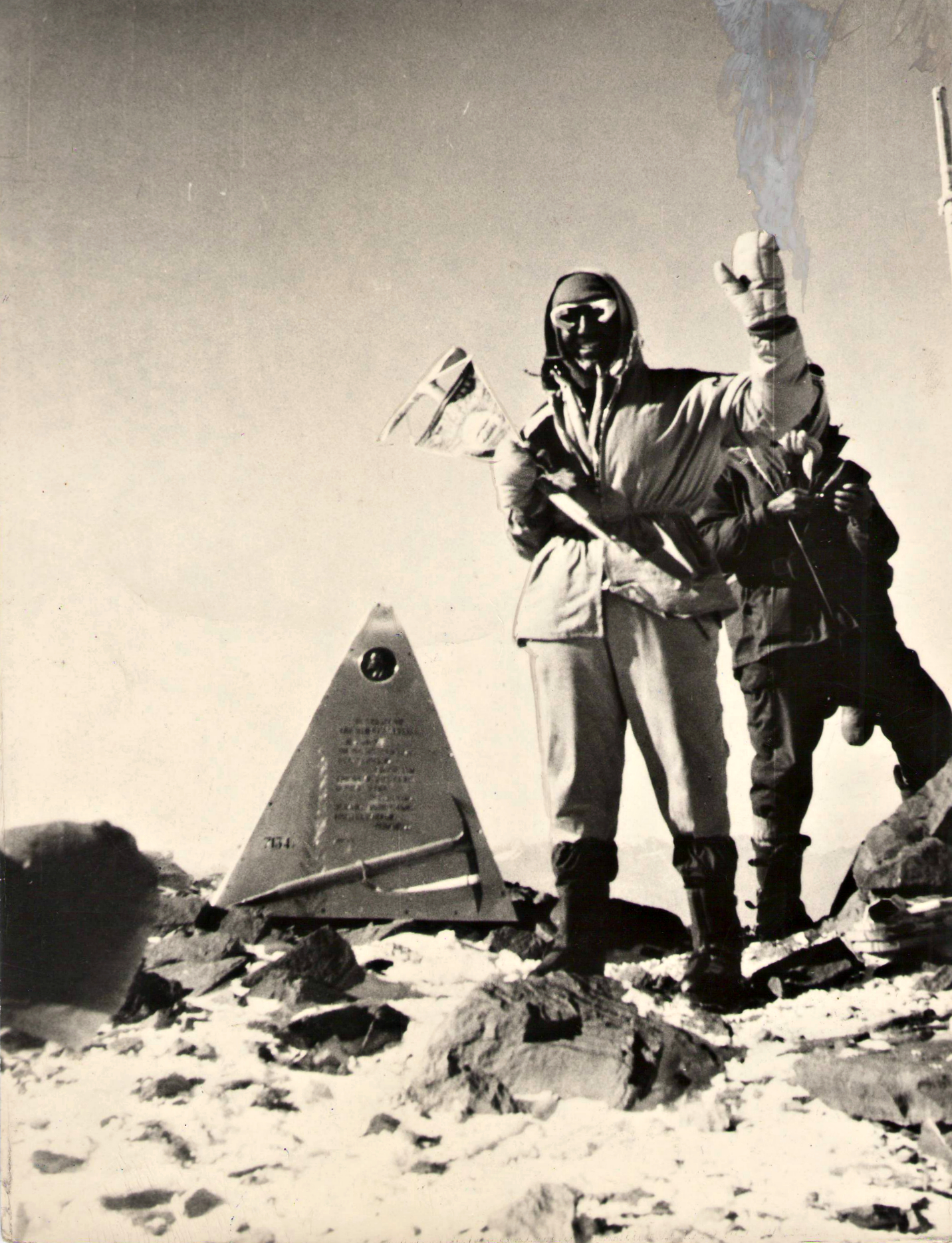 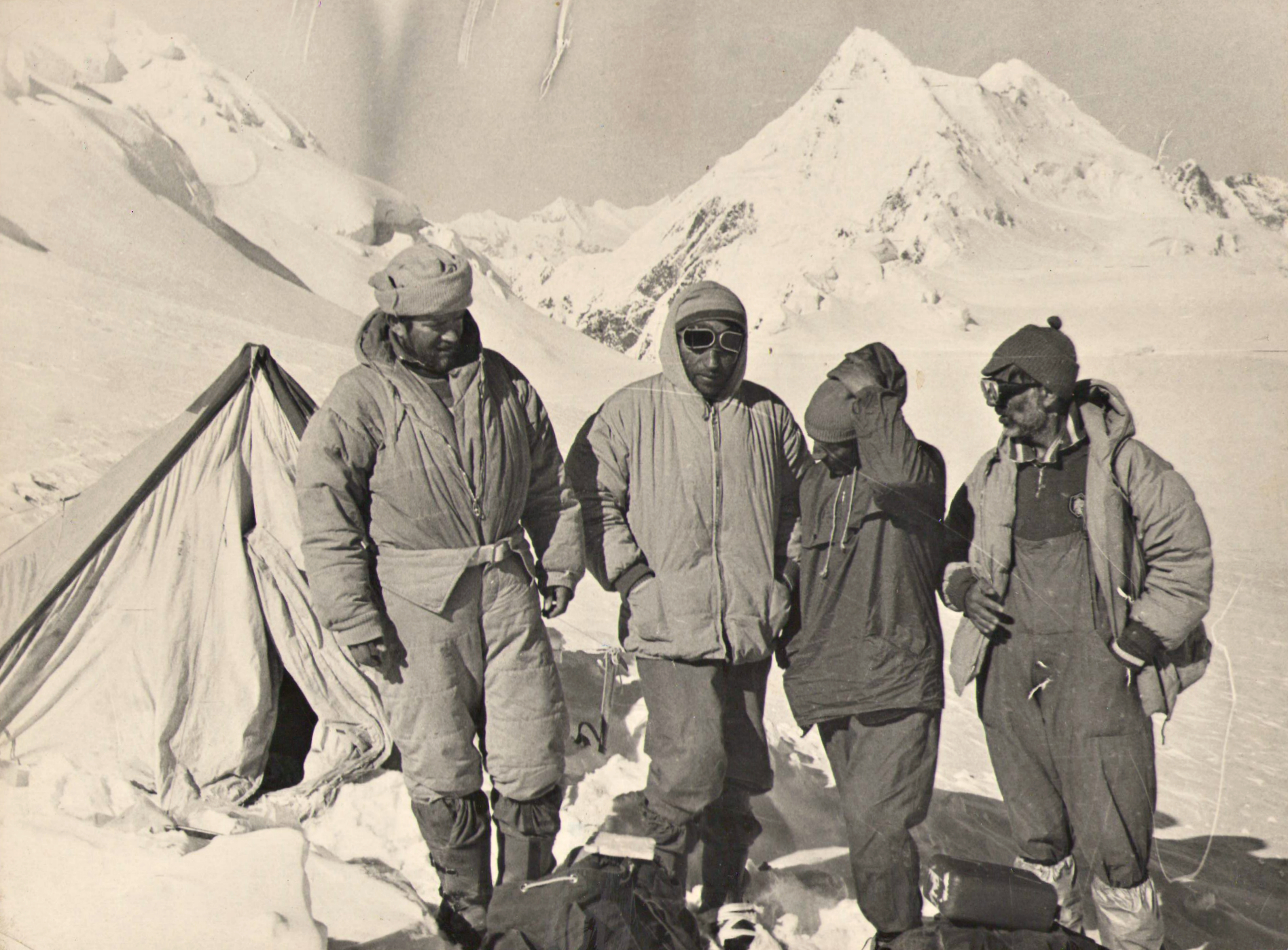 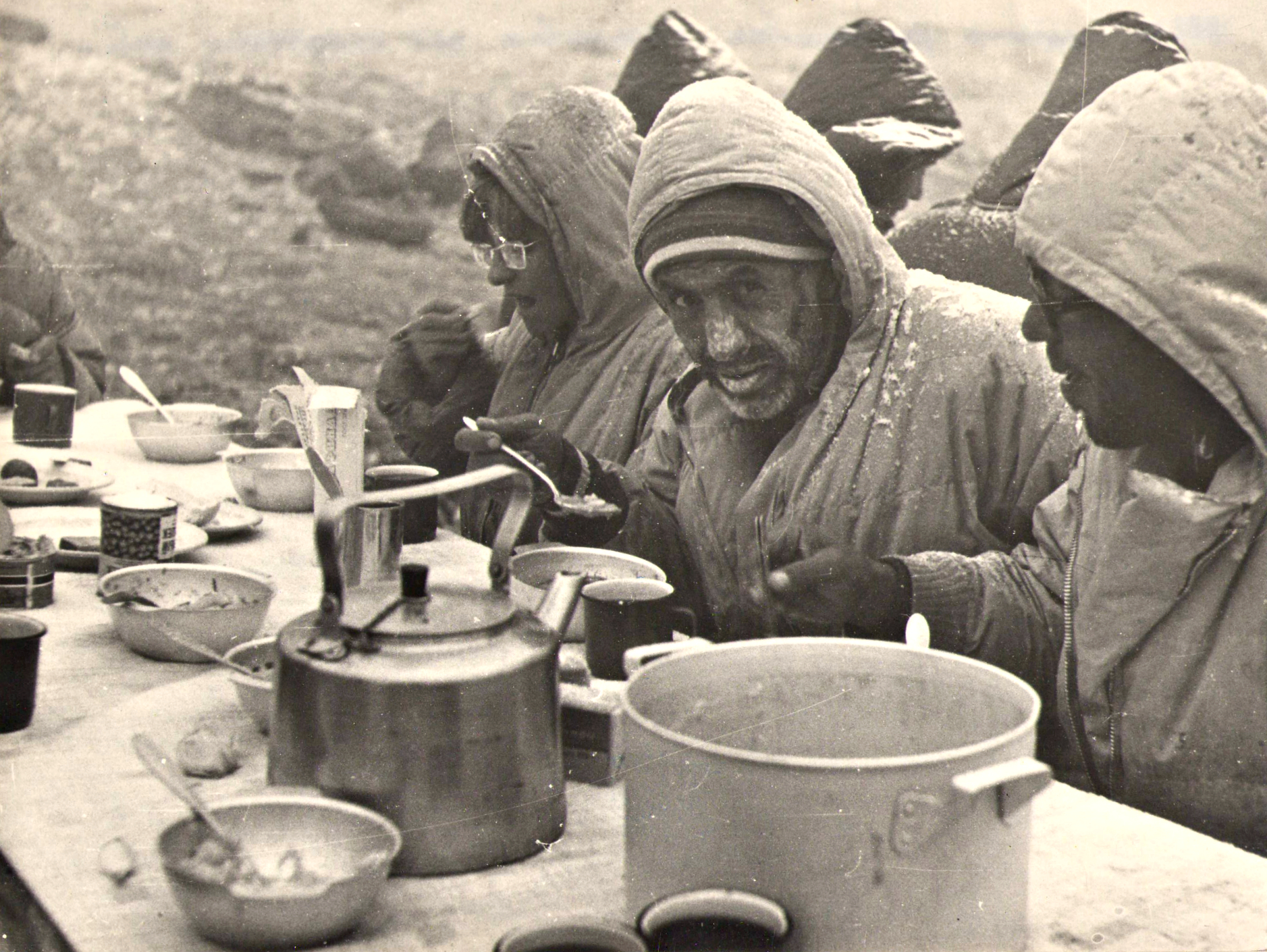 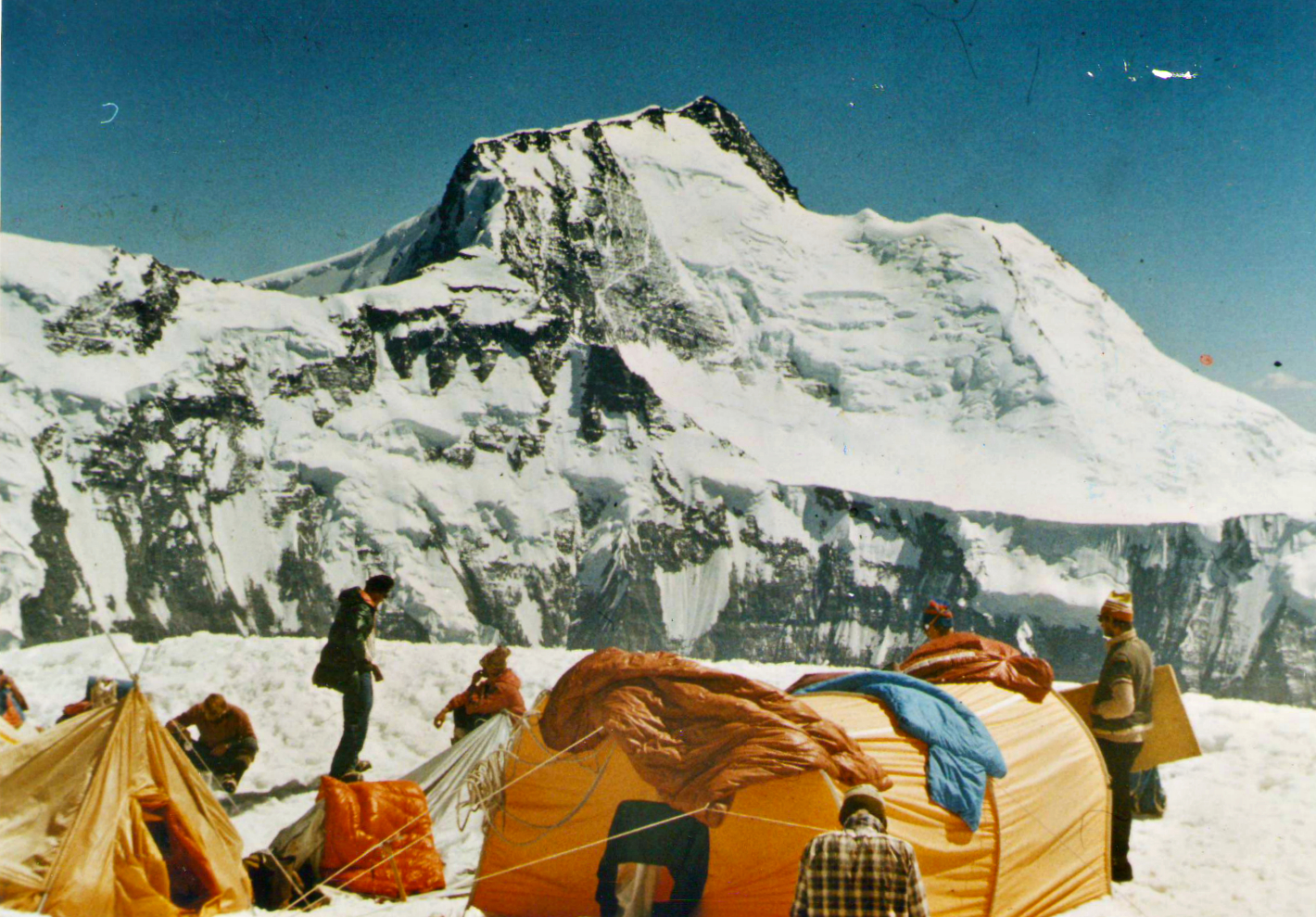 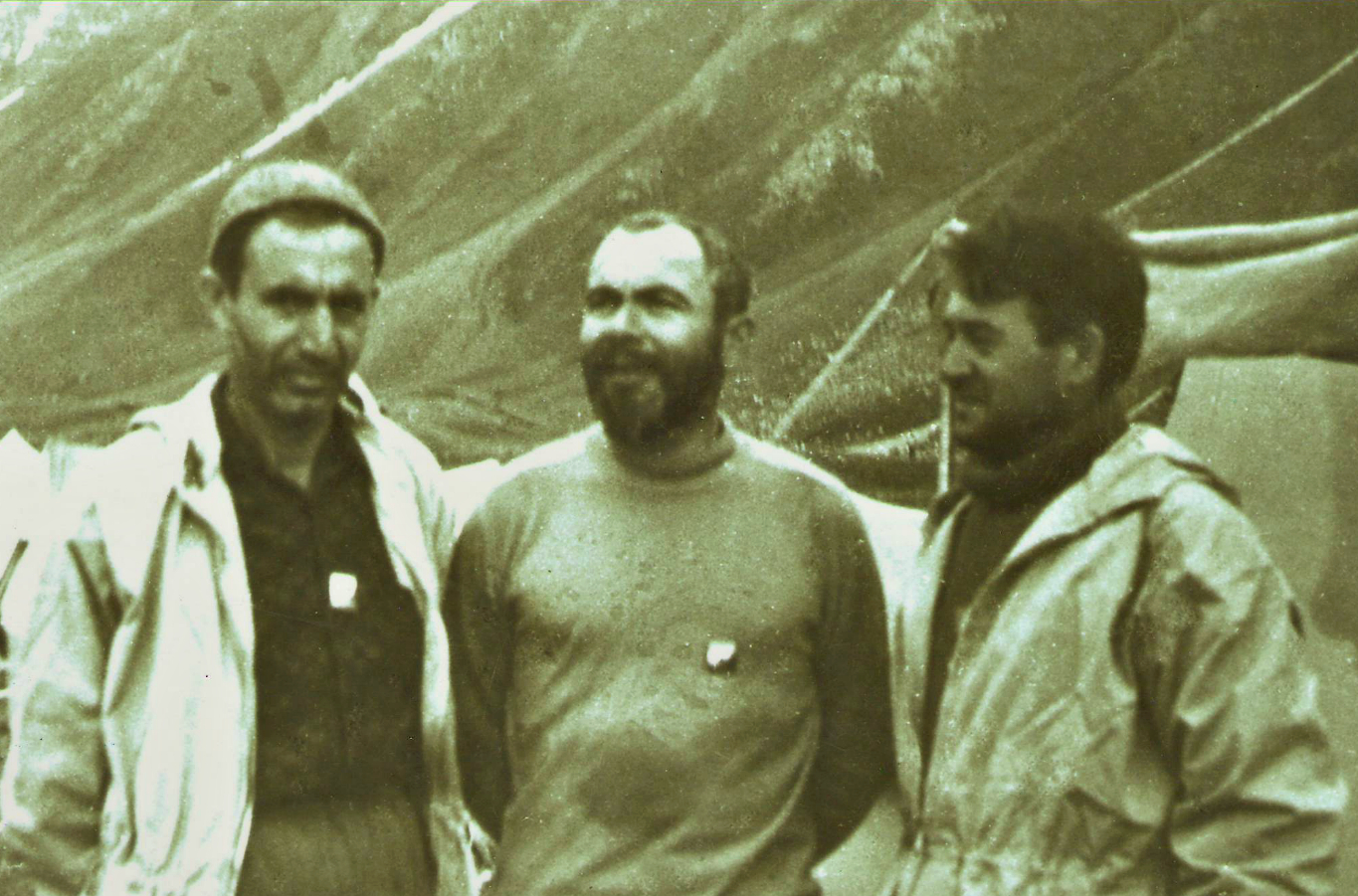