One of the most important issues for ensuring the safety of mountain ascents is the training of mountaineers in the basics of first aid and the provision of first-aid kits. Improper medical care can often worsen the condition of the affected  and often leads to his death. While the absence of such “help” would save their lives.

Here are a few examples: affected K. 21 years old.  Stall on the snowy ice slope of the Chegettauchan peak. The fall is 30 meters. Complains of pain in the right thigh, nausea, dizziness, short-term loss of consciousness. Visible damage to the head and neck was not detected. The right thigh is deformed at an angle, pathological mobility is noted in its middle third. The team leader evaluated the damage as a fracture of the right hip, and a concussion of the brain. The victim received 3 ampoules of Tramal (anesthetic), and 3 ampoules of Lasix (a diuretic, decongestant), after which his condition worsened, and after 30 minutes he died. At the autopsy death from a traumatic shock 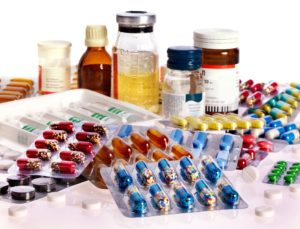 What is wrong? At first glance, everything was done right: an anesthetic (Tramal) – to prevent pain shock, a diuretic (Lasix) – to prevent cerebral edema. But it’s only right at first sight! When a hip fracture in soft tissue poured to 1.5-2 liters of blood, in connection with which the volume of circulating blood decreases and blood pressure drops. The diuretic (Lasix) aggravated the situation – the volume of circulating blood became even smaller, the blood pressure level became lower than the critical one, as a result of which is the death.

Another example: The affected N., 19 years old, fell under a rockfall. He screams, moans, complains of pain in his left shoulder, while examining the victim’s face is covered with blood. The head colitis sick 2 syringe tube with expired Promedol, the patient became lighter, she stopped moaning, calmed down and an hour later died from stopping breathing. Death came from paralysis of the respiratory center as a consequence of cerebral edema in case of craniocerebral trauma and oppressive effect of Promedol on the respiratory center. Of all the above, you can draw only one conclusion: Do not try to help non-professionals with potent drugs. Even a doctor in such a situation can incorrectly assess the situation, and make a fatal mistake.

Hence the conclusion is necessary to exclude from the arsenal of medicines when climbing such potent drugs as Lasix, Promedol, Morphine, Calypso, Seduxen, Relanium and some others. Use of these preparations by teapots-non-professionals is unacceptable. As an anesthetic, non-narcotic analgesics should be used: Cetarol, Voltaren, Baralgin or Tramal (they do not depress the breath). Lasix can be used only with isolated craniocerebral trauma, or do not use it at all, because with a small damage the victim will survive, and if it is extensive, it will not help him anyway, he will die regardless of whether you injected him with Lasix, or not . Saving can only fast transportation to the neurosurgical hospital.

We believe that the first aid kit should include the following means (if there is no doctor in the group):

We consider it necessary to observe the following conditions for safety:

PS: No sporting ambitions are worth the human life. Ability to retreat is the highest indicator of sportsmanship. With pleasure I will answer all your questions.