Still in The Soviet times Bjni was known for his rock climbing routes that allowed not only to train and be a good climbing but also to hold regional climbing championships.
Bjni, which had the potential for sports scramble during the Soviet era, has been neglected in recent years. Fortunately, thanks to the “Integrated Rural Tourism Development” program implemented by the United Nations Development Program (UNDP) Armenia, we were able to restore the rock climbing capabilities of Bjni, which “Armenian Mountaineering and Mountain Tourism Federation” was also participated in. Together with UNDP’s “Integrated Rural Tourism Development” program, we have developed three mountaineering paths in Bjni, one of which is designed for teenage climbing and has 4a complexity and the other two for the adults 4a-6a, 5b-5c with complexity. Not far from Yerevan (37 km) is a good aspect for Bjni, as we spend less time on the road and spend more time in climbing. The rocks are located near the river Hrazdan. Towards rocks we are approaching by the trail, there are suitable spaces for tent camps and parking. In this way, we contribute to the development of sports climbing in Armenia. 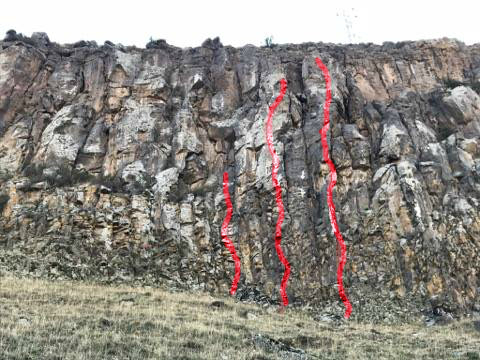