Grigor Hakob Taturyan was born on Jun 23, 1956. Graduated from Politechnic Institute. He is an engineet-electician.
His love towards hiking was formed from school years, 8-10 grades, when he was participating the hikings in Armenia and Georgia, organized by the teacher.  One day teacher’s given himthe book of Alexandr Kuznetsov, ”Svaneti-below” (А. Кузнецов, «Внизу-Сванетия»). The book is dedicated to the memory of the legendary mountaineer Mikhail Herigani, who completely absorbed him and formed the love towards the mountains. It was then he decided to climb Mt Ushba one day  and later he made his goal true climbing  the up of Ushba 4 times with diffetent difficulty ways.
He’d started to engage mountaineering  more seriously since 1979, when being already a graduate of Politecnic Institute, he joined the latter’s alpinism club. The trainings were implemented by Tonoyan Hayk. Alexandr Aghababyan and Alexandr Mailyan were also members of the club already.
The first alpinism camp for Grigor Taturyan had been Adil Su (Kabardino-Balkaria, Central Caucasus), where he was trined by V.N. Kirov.  After Adil Su he had been also at the following camps: ”Torpedo(1980,Russia) , ”Dombai” (1981, Russia) , ”Aylama” (1982, Russia) ,  ”Bezengi” (1983, Russia).
One of the professional ascents was Mt Viatau, 3742m.
In 1983 he graduated from School of Mountaineering instructors and worked as an instructor during sports meetings at alpinist camps.
In 1984 received the “Rescue Squad” medal in 2011 Participated in a series of rescue operations in the mountains.
In 1988-1989, Grigor Taturyan was recognized as the champion of the USSR for different climbing championships.
Grigor Taturyan had over 100 ascents, 20 of which of 5B-6 difficulty.
Best of the ascents are:

In 1986 with 6 armenians Grigor Taturyan goes to Tyan Shan, climbed up to Korzhenevski’s Peak with great results. He tells that at the first day of training they  trained on the nearby cliffs, which were foreseen for passing tests of 5th level difficulty, and the trainers were following them with telescopes.  Following to trainings of armenians the trainers had asked only alpinist licenses, as they saw how flawless they were climbing those difficult parts of the cliffs.
There have never been shortage of interesting, funny and even dangerous  stories  during hikings and in camps. Grigor Taturyan tells that in Alatau camp a group of alpinists started the hiking late and as a result they got injuried reminding under the rockfall during climbing Northern Albatros. Everyone descended from the mountain without helping the latters, but armenian hiking club had decided to stay one more night and help them. He sais that the camp of Alatau was a very nice place, in the evening the trainers were getting together arounf a table, talking, sharing interesting stories and ideas about  hiking. According to the organizers of the camp, only Armenians were such targeted, they have come to fill their 3rd and 4th grades!
Grigor Taturyan tells, that there have been cases when all the mountains with 5td degree difficulty have been ”closed” , the ascent has been forbidden, and even many hikers were dropped off from the mountains, but armenian alpinists climed  that they work according to the points of the plan and were allowed to climb.
He sais: ”Whichever mountain we wanter, we were allowed!” On day, foreigner alpinists complained to Persianov, who was the leader of the team. They told that armenians have the same level opportunities but the latters were allowed to climb and they were not. And Persianov answered with a humor: ”Don’t you know that after each ascent armenians give us a cognac, that’s why they are allowed!”
According to Taturyan, despite the fact that the alpinists of those years did not have much hiking property, and even the fasteners and clothes were sewn by them, or purchased with difficulty from abroad, nevertheless they were climbing with joy and  ambitions.  He sais that you can become a mountaineer only after purposeful exercises and getting an upscale experience, and not by word, and adds that in any case, it is necessary to take into consideration the complexity of mountaineering.
Like in any mountaineer’s life, in Grigor Taturian’s life also there have been very many difficult ascents. He remembers that during the ascent of Ushba together with Tonoyan Hayk, because of the deterioration of weather, they had to stay in a very small space, barely enough for one tent, feet directed to the abyss, waited until the weather is better so that they could reach the summit.
Anyway, Grigor Taturyan do not like to tell such stories, he sais that to  fully and accurately perceive senses, a person must personally appear in such a situation.
Grigor Taturian considers the collapse of the Soviet Union as the reason for the cessation of further mountaineering in Armenia. The uprisings were mainly carried out under state patronage. “If we continued in the same way, we would be able to achieve greater success,” he says.

In 1991 Grigor Taturyan implemented an ascent to Mt Ararat with armenian alpinists,devoting it to the newly independent Armenia.

The article by Anush Aghababyan 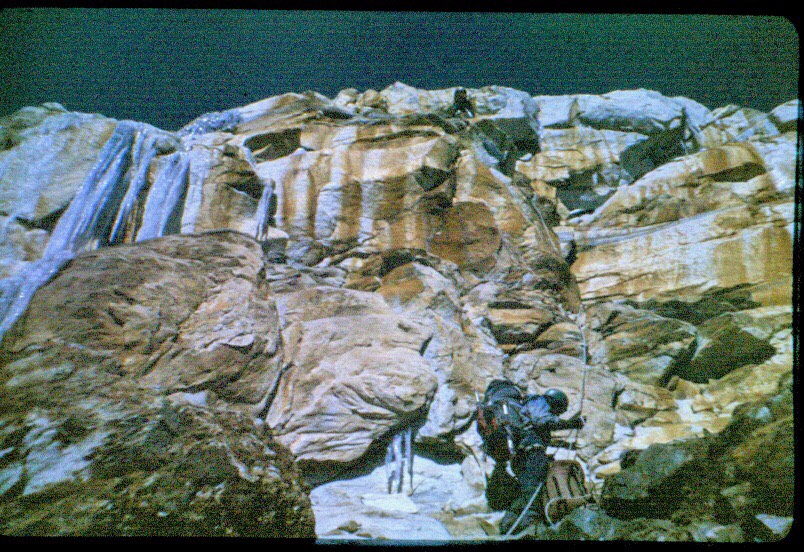 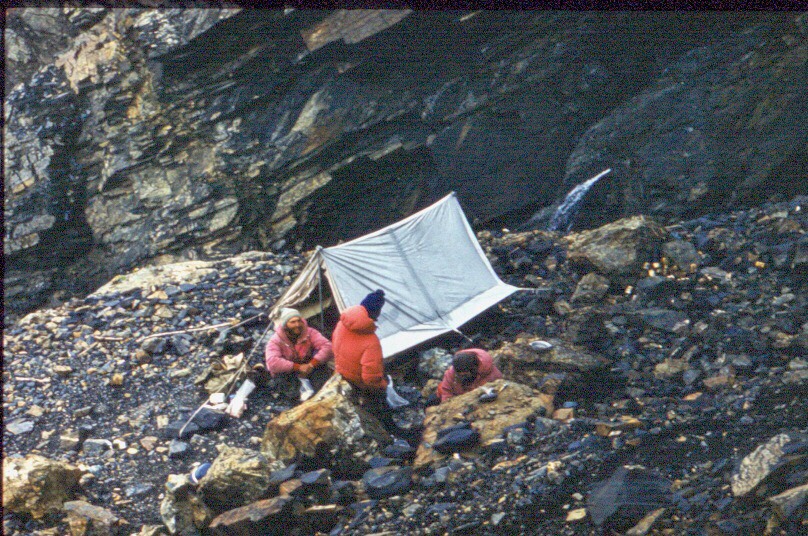 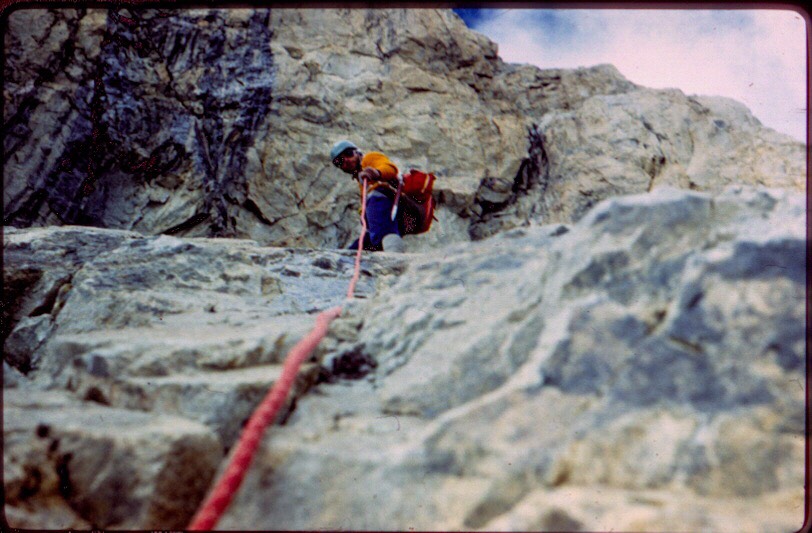 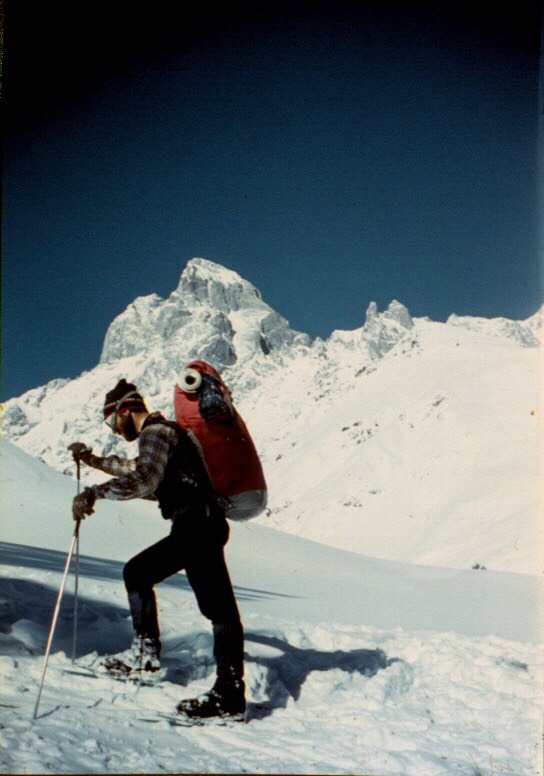 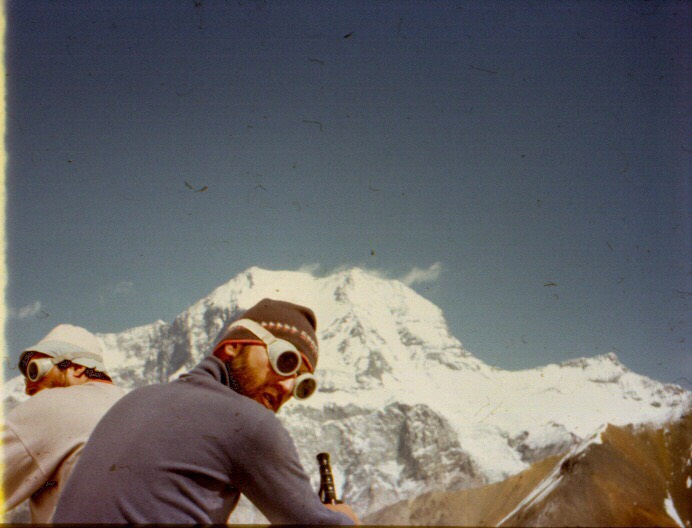 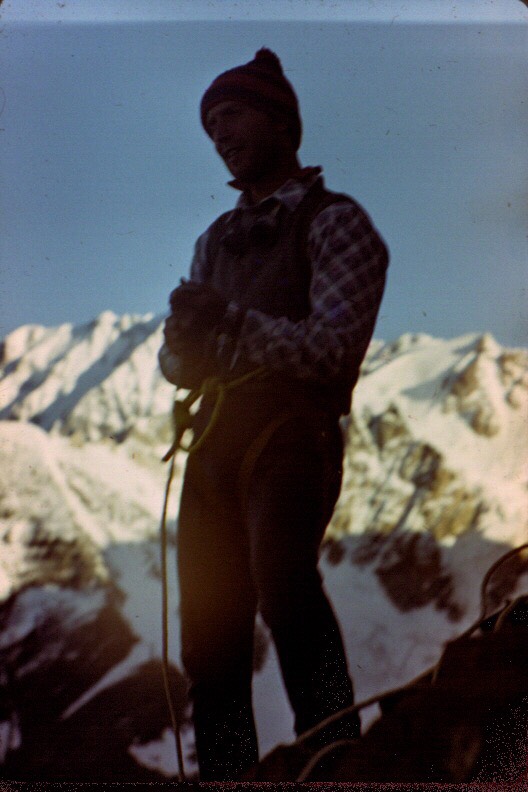