Dear federation members, mountaineers and friends, we are glad to announce the structural changes that have taken place in the “Armenian Federation of Mountaineering and Mountaineering”, as well as new programs that will contribute to the development of mountaineering, climbing and mountain tourism in Armenia.

We would like to thank S. Azaryan for being the honorary president for leading the federation for ten years.

01․07․2020 թ ․ By the decision of the regular meeting, the vice-president Suren Danielyan was elected as a new president, who has a great contribution to the creation, establishment and development of the federation. On the eve of the tenth anniversary of the federation, other changes took place, in particular the election of the members of the council, as a result of which Edgar Navasardyan was included in the council, and Narine Chagharyan was elected vice-president.

The structure of educational, security, international, mountaineering development bodies in the regions has been approved.

At the same time, programs are underway, which will be presented in September, one of which is a series of events being developed on the occasion of the decade. 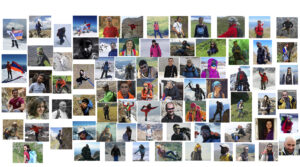