Aghvan Chatinyan, Honored Worker of Physical Culture and Sport of RA , Honorary Member of  NOCA (National Olympic Committee of Armenia) ,Professor of the Armenian State Institute of Physical Culture, USSR “Honorable Mountain rescuer”.
He was born in November 20,1927  in Vardablur village of Stepanavan region.
In 1934-1945 finishing secondary school in the village, Admitted to Vanadzor Agricultural vocational school, from which graduated in 1946 with honours.
He’d worked at the Vardablur collective farm  as a cultivator, At the same time, he served as the head of the culture house of the village.
1948-1952 admitted and graduated from the Armenian State Institute of Physical Culture, and started to work at the same institute as a  lecturer,a senior lecturer, an associate professor (1972) and a professor (1999).
1987-1995 led the Chair of Applied Sports.  Through his efforts in 1992 in the Armenian State Institute of Physical Culture the specialty “Rescue work” was opened.
In 1961  he set up  the winter biathlon , and in 1969 the  Hurling in Armenia.
He was the first senior coach of the collective teams of these sports.
From 1962  until the collapse of  USSR  he had been the olny senior coach of the Rebublic, who presented Armenia at the Winter and Summer Olympic Games of USSR in the Spartacus, occupied over-average degrees, providing sport master’s titles for athletes.
He has participated in the Soviet Union and Caucasus Championships many times and has won victories. In 1958 he received the title of USSR Sports Master and was included in the USSR mountaineering team. In 1958 he participated in the Soviet-Chinese expedition in Pamir.
During the years of studying at the Armenian State Institute of Physical Culture, there was a course of ”alpinism” and it was necessary to climb to get the test.
Aghvan Chatinyan tells about this climb. ‹‹I have been very coward, but I overcame my fear to get the test. We had a course of ”alpinism” and I was always afraid that the ropes would be cut off during the exams, and I would die. For the first time, I succeeded and did not feel any problem.  And the next time I went faster than the champion of the republic”.
Aghvan Chatinyan 6 times participated in rock-climbing all-Union meetings and had victories.
In 1952 he attended to rock-climbing competition in Arzni, in which  Mikhail Kergiani also participated.  The referee was A. Gaparide.  As a result of rock-climbing Chatinyan has won a victory over Khergiani with 41 second difference.  At that time Kergiani  was the strongest athlete in the Soviet Union.
Aghvan Chatinyan has made sporting upgrades until 1961.  In 1956 he implemented Ushba-Shkhelda traverse-rise. The traverse of mt Dombai in the south, which had the 5th grade difficulty,  is considered memorable.
The ascent of mt Amanauz in 1957 is considered difficult, since they passed 800-900m with a wall scramble untilthey got to the peak.
The difficulty was conditioned also by the lack of water and by the heat of the wall, and because of these the work  might be done with gloves.
In 1958 he got an invitation to work in Middle Asia  at one of the camps close to the city of Alma-Ata. Here he implemented the ascent of mt Talgar (4979m).
About this climb Chatinyan tells: ”I did not took off my hood during the ascent. The russians were laughting at me. At the first they were laughing,and then me.  They were all burnt in the sun”.  He has worked here for a month.
In 1958 Vitaly Abalakov invited him to Soviet Union Collective team to Soviet-Chinese  expedition. The team was formed by the Mountaineering Federation of the Soviet Union.
The group composed of 15 members, the two of them were Svans, including Mikhail Kergiani, one of them was armenian, Aghvan Chatinyan,  and the others were russian. The aim of the expedition was to climb mt Everest, but due to disagreements between the states, the Soviet Union team didn’t continue the expedition.
Aghvan Chatinyan, except for 59-61 years, mainly worked at the Burivessnik    camp of the sports club Buriour Burivessnik near Elbrus, where mostly students were attending. In 1959 again by invitation of V. Abalakov Chatinyan went to mountaineering school ,which operated in the Caucasus or other mountainous region, with two shifts per year. In 1959, 1960, 1961    he had worked  in that school and dirung one of the shifts he’d worked with armenians, Yura Kopalyan, Rafik  Meliksetyan, Stepan Muradyan, Emil Hovsepyan.
He made his last major ascent in 1961, cross-rise mt Ushba. Before 1961 many people had tried to make cross-rise , but they did not succeed.
The first ascent of mt Ushba was mplemented  in 1935  by germans.  The travers was also implemented by Germans in 1937. A film was shot about this ascent, on the occasion of its display it was mentioned: “The person who will make a cross-will be a hero.” Years later Aghvan Chatinyan became  this hero.
For outstanding performance in the Spitak earthquake, Catinian got a jetton.
He made his last ascent  in 2001 , climbing the North peak of Aragats,during which a cross was  set  on the summit on  1700th anniversary of Christianity.
Aghvan Chatinyan has about 100 published works, as a cascade participant of a number of feature films, of which are known the following ones: ”Personally known”, ՛՛Ghosts leave the top՛՛ , ՛՛ Flight over the abyss՛՛ , ՛՛The mournful snow՛՛,  ՛՛Vertically՛՛, He replaced famous actors  Vladimir Visotsky, Gurgen Tonunts and others.
He currently teaches at the Crises Management State Academy of the Emergency Situations of the Republic of Armenia, and also oversees the Audit Committee of the Armenian Ski Federation. 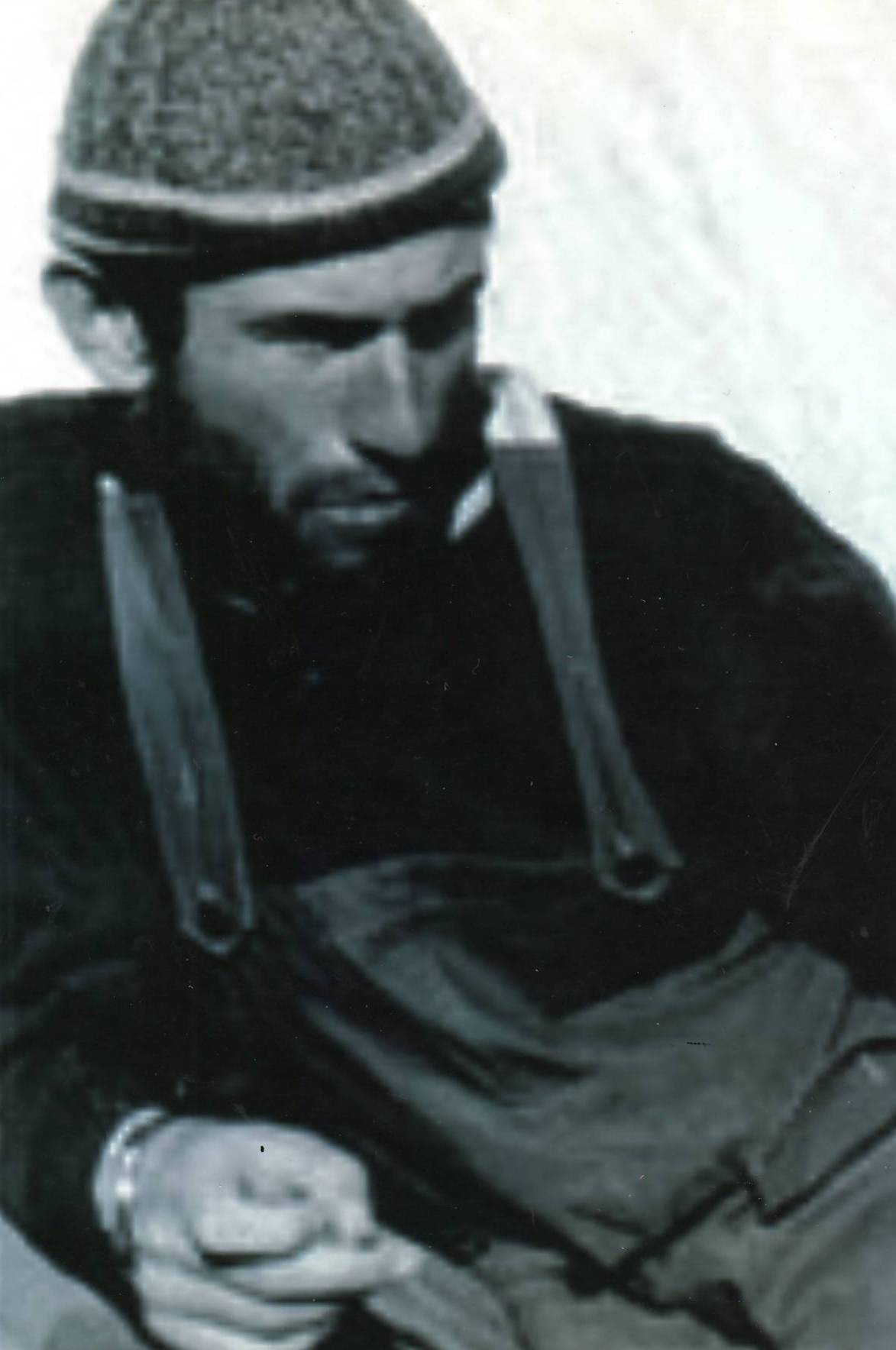 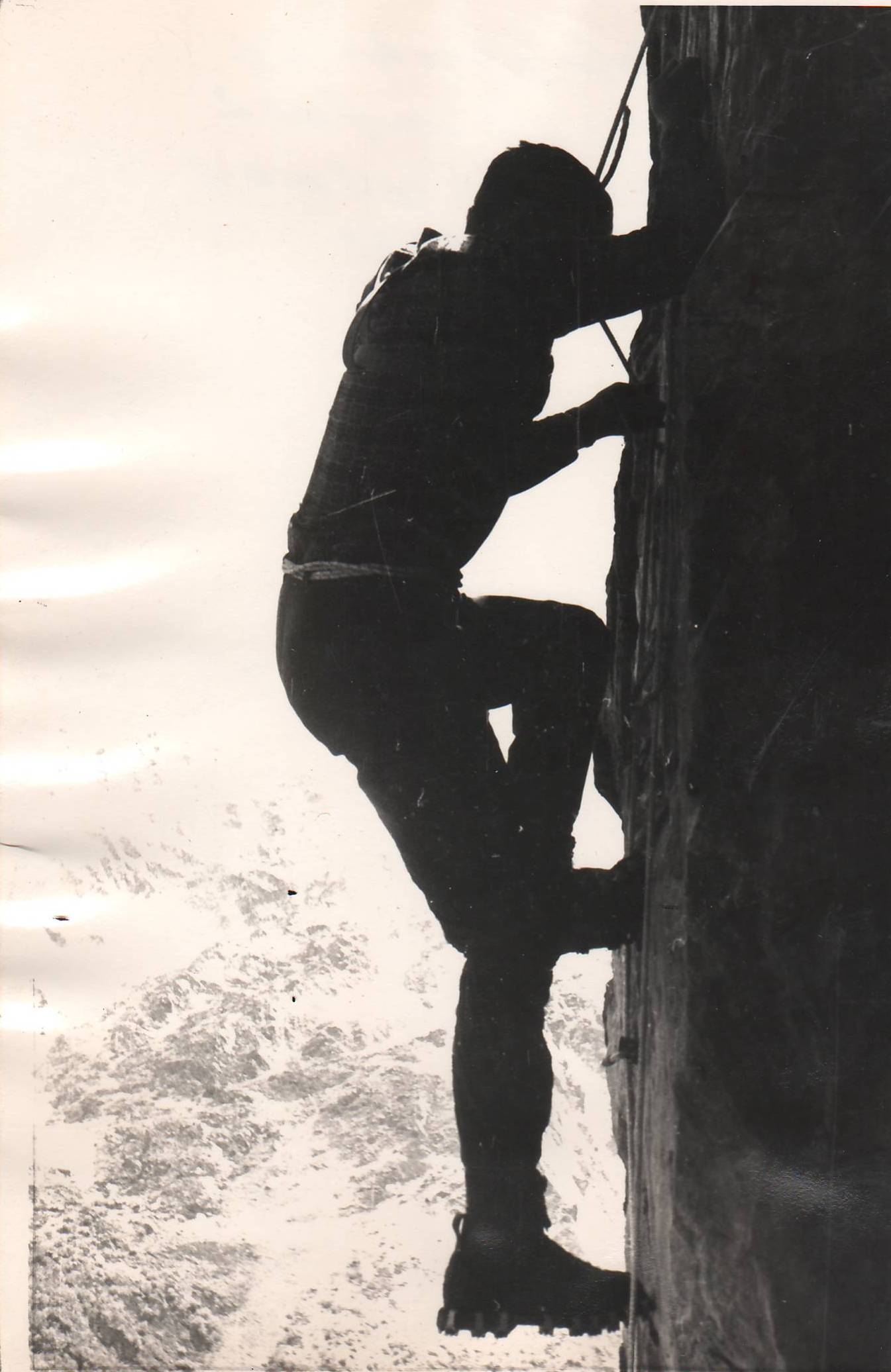 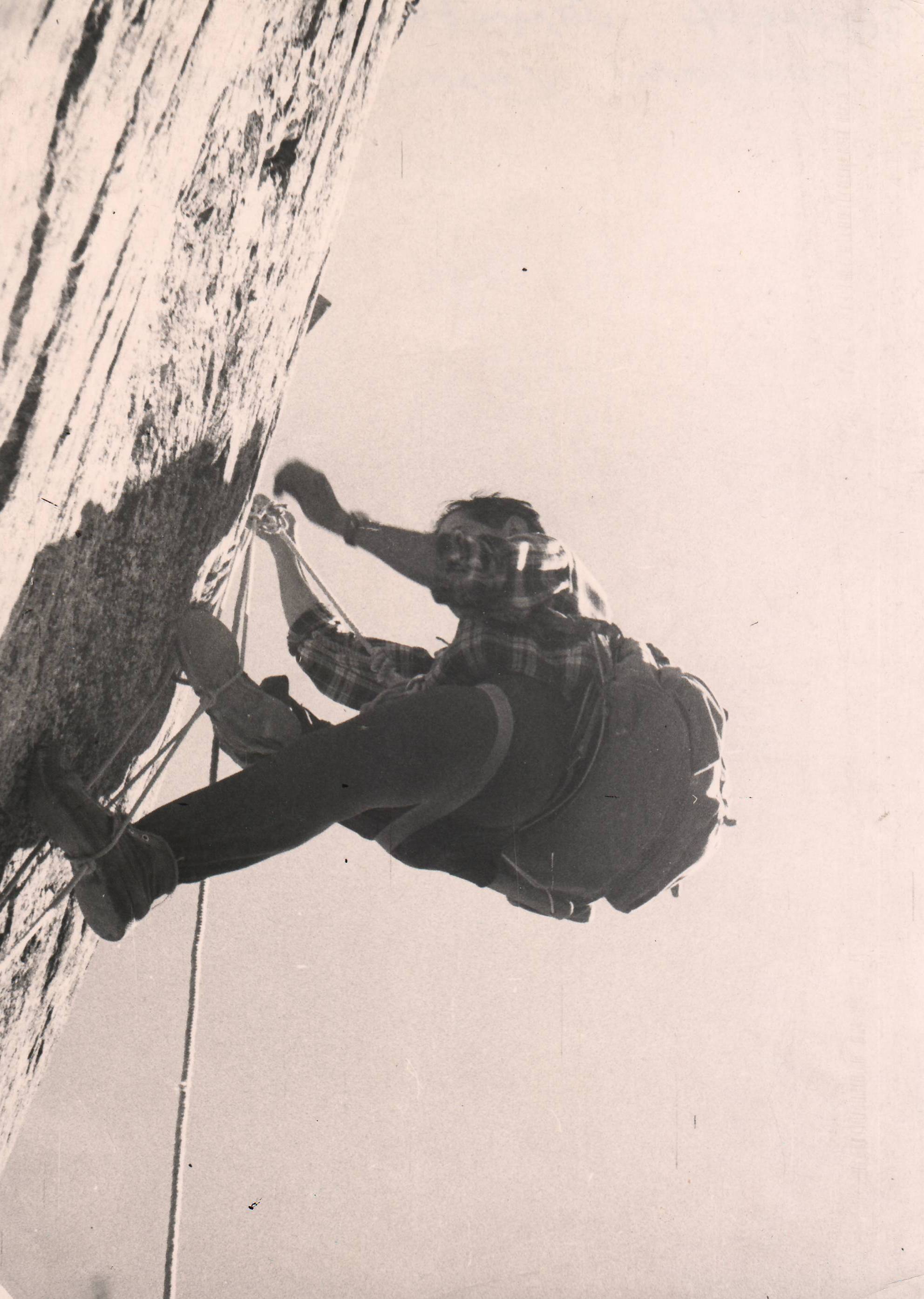 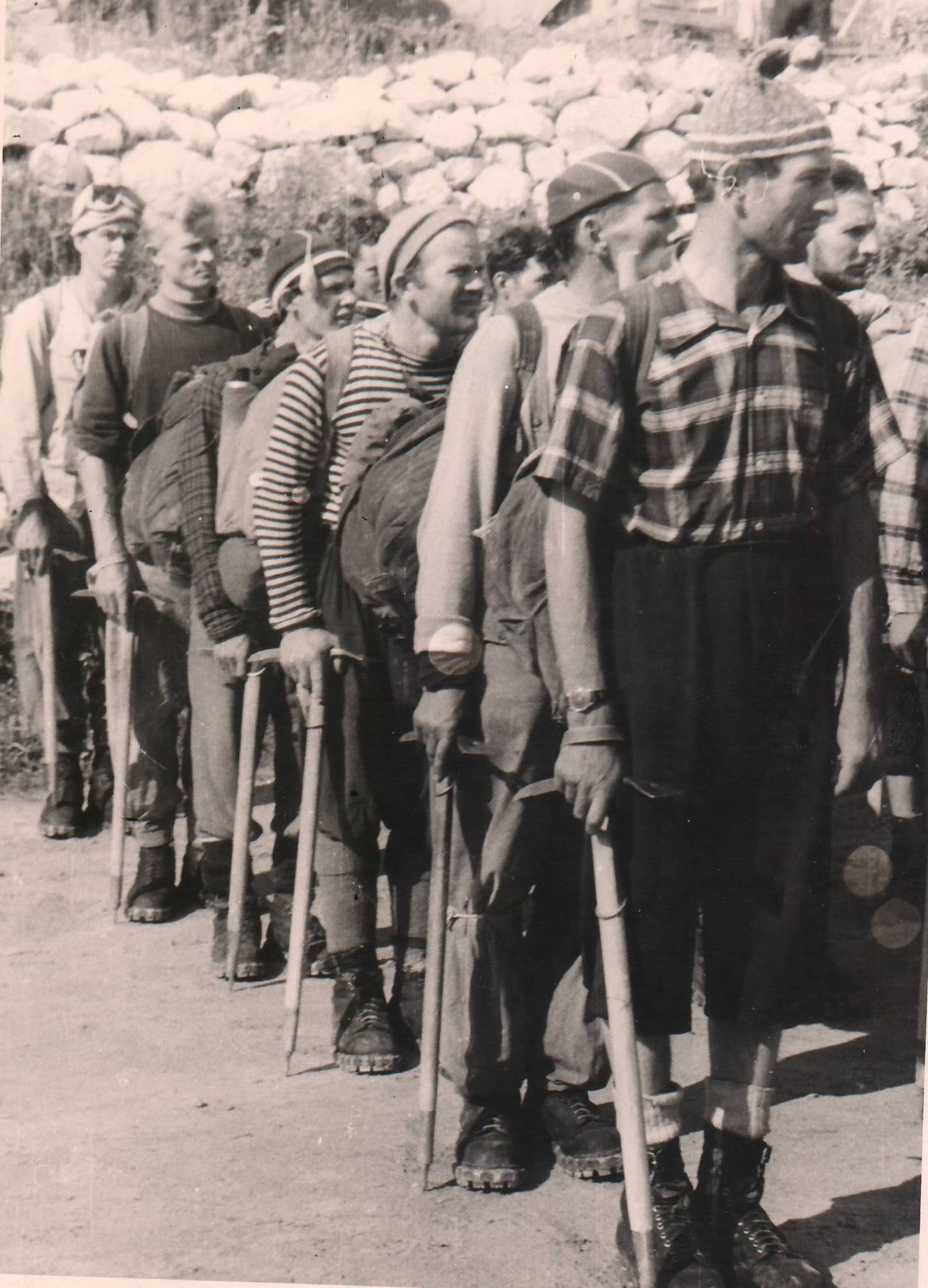 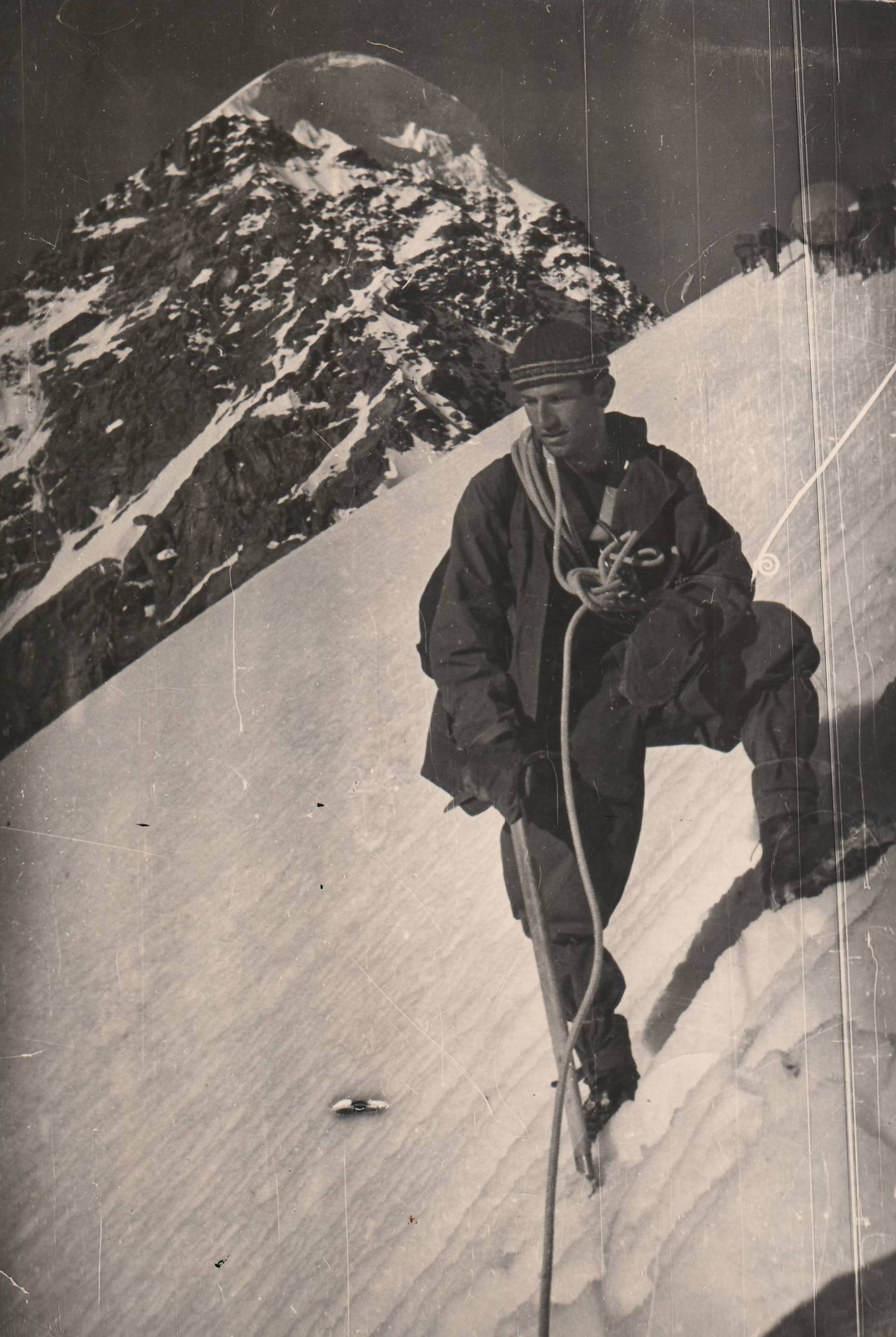 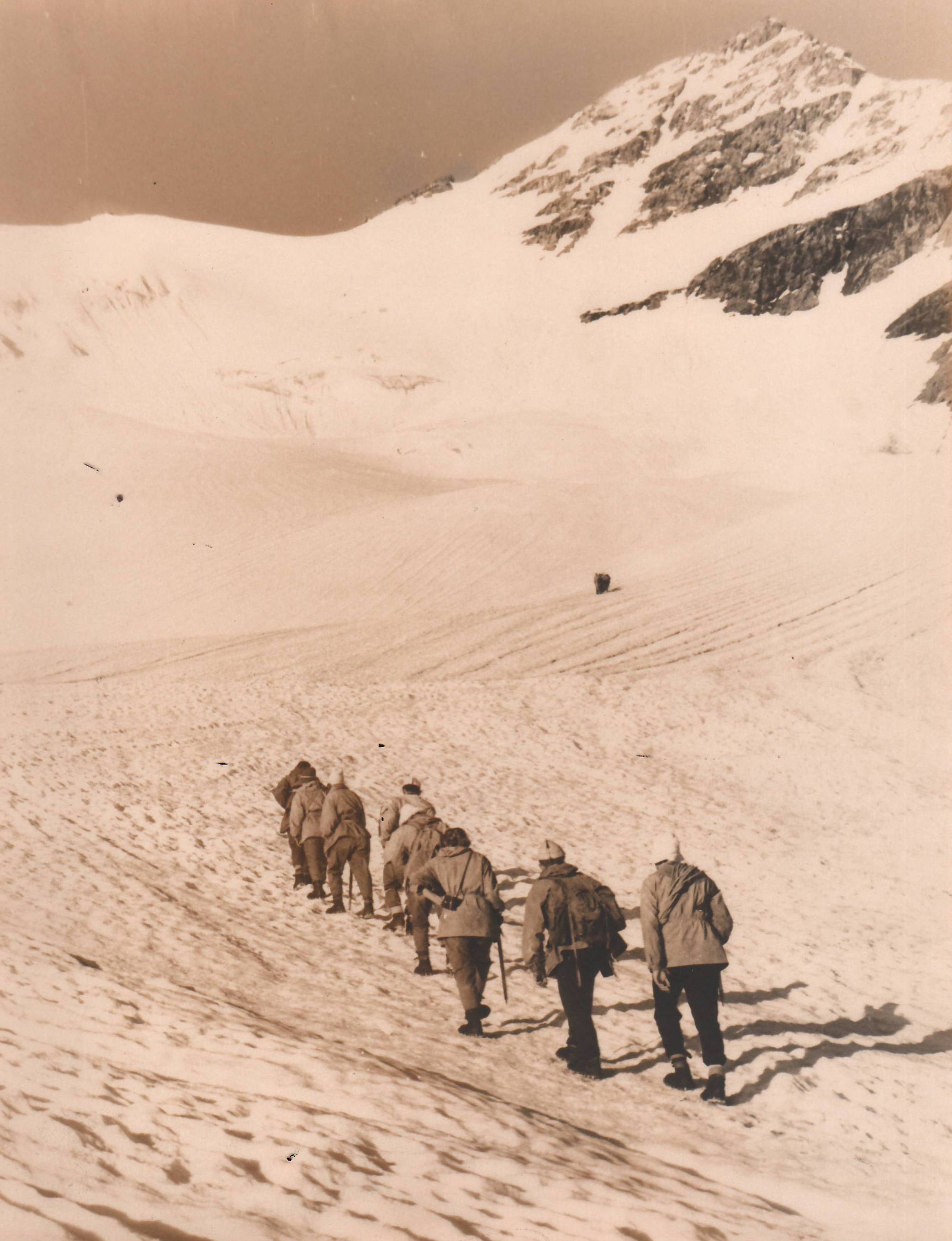 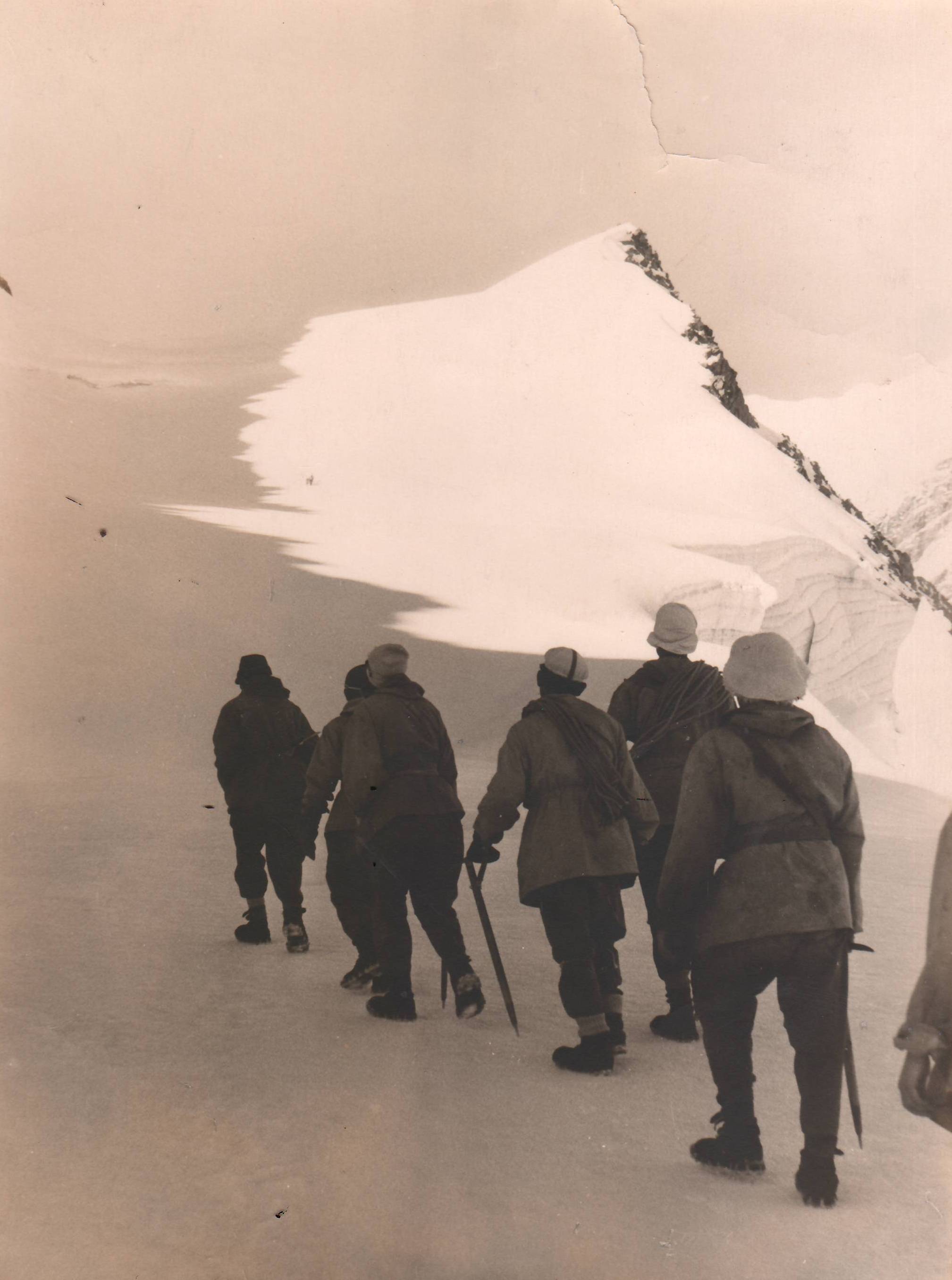 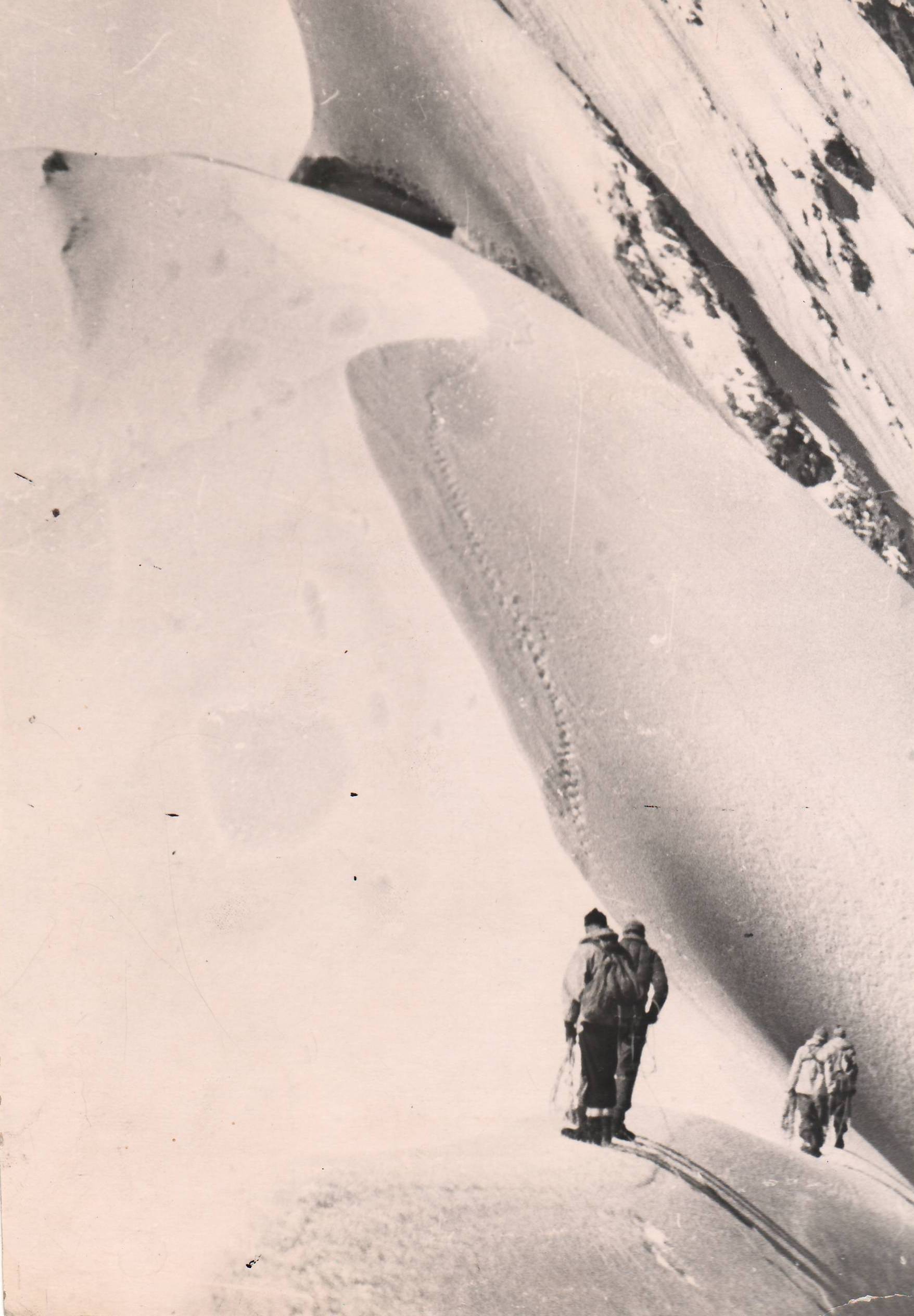 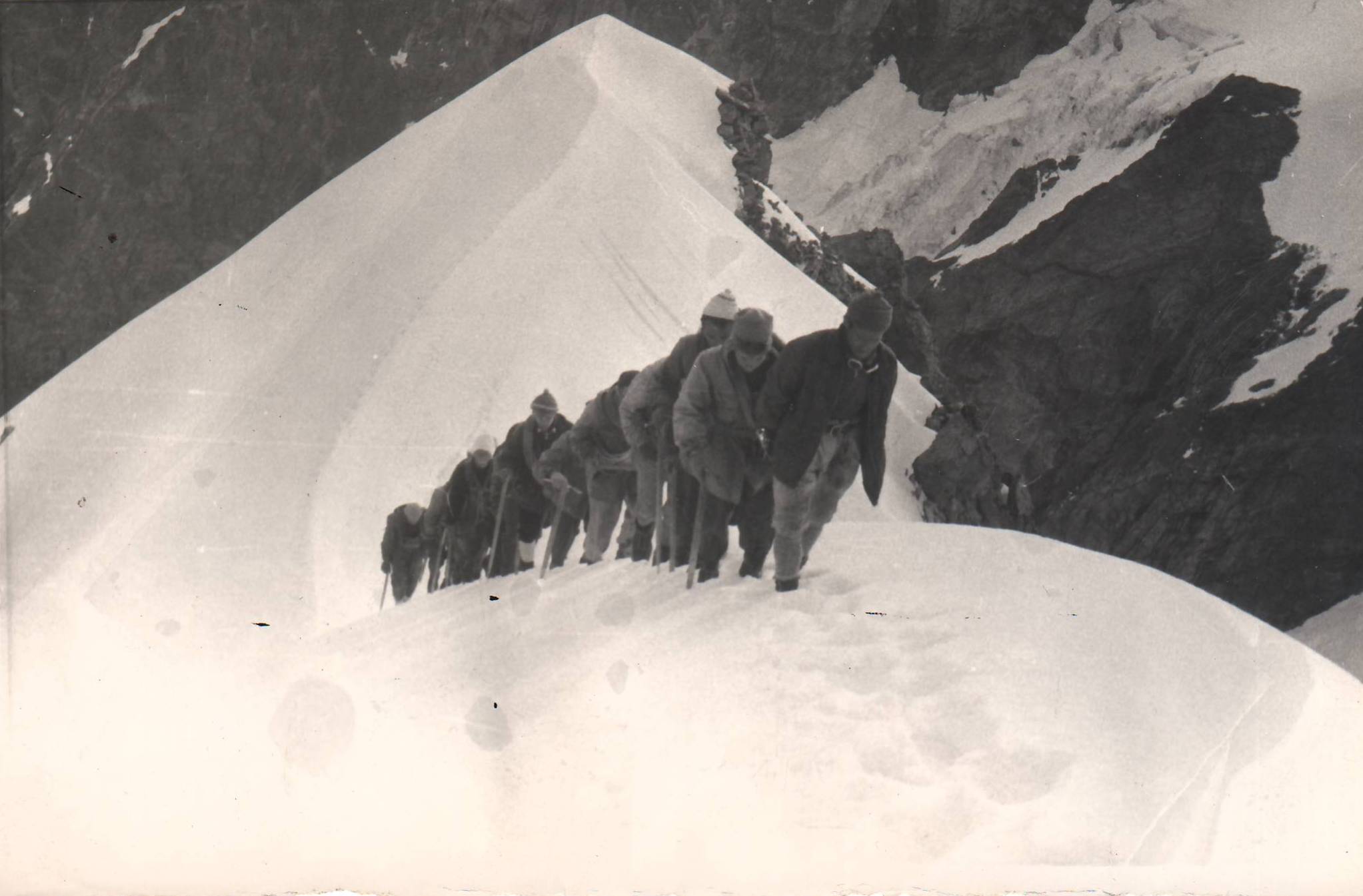 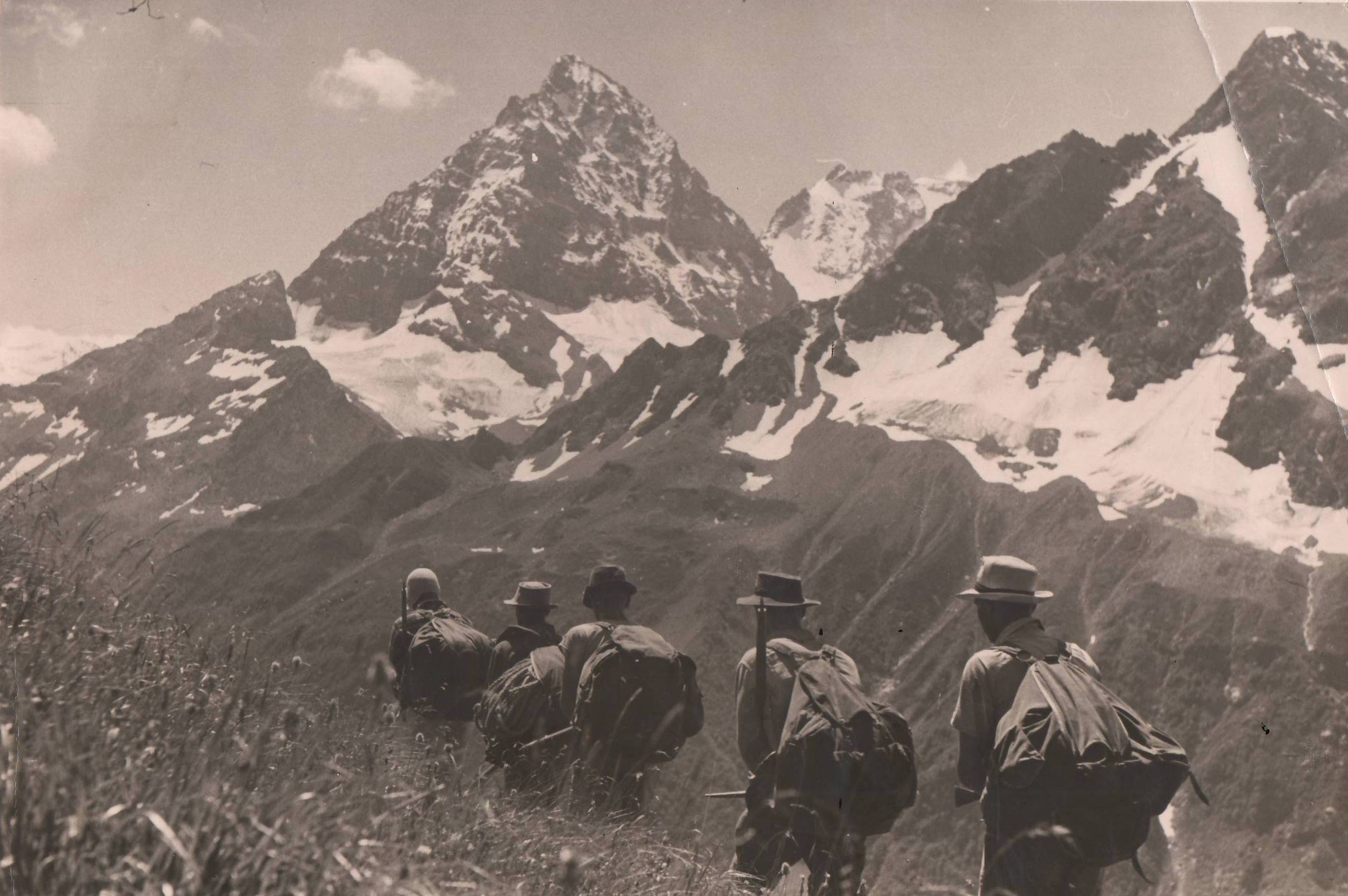 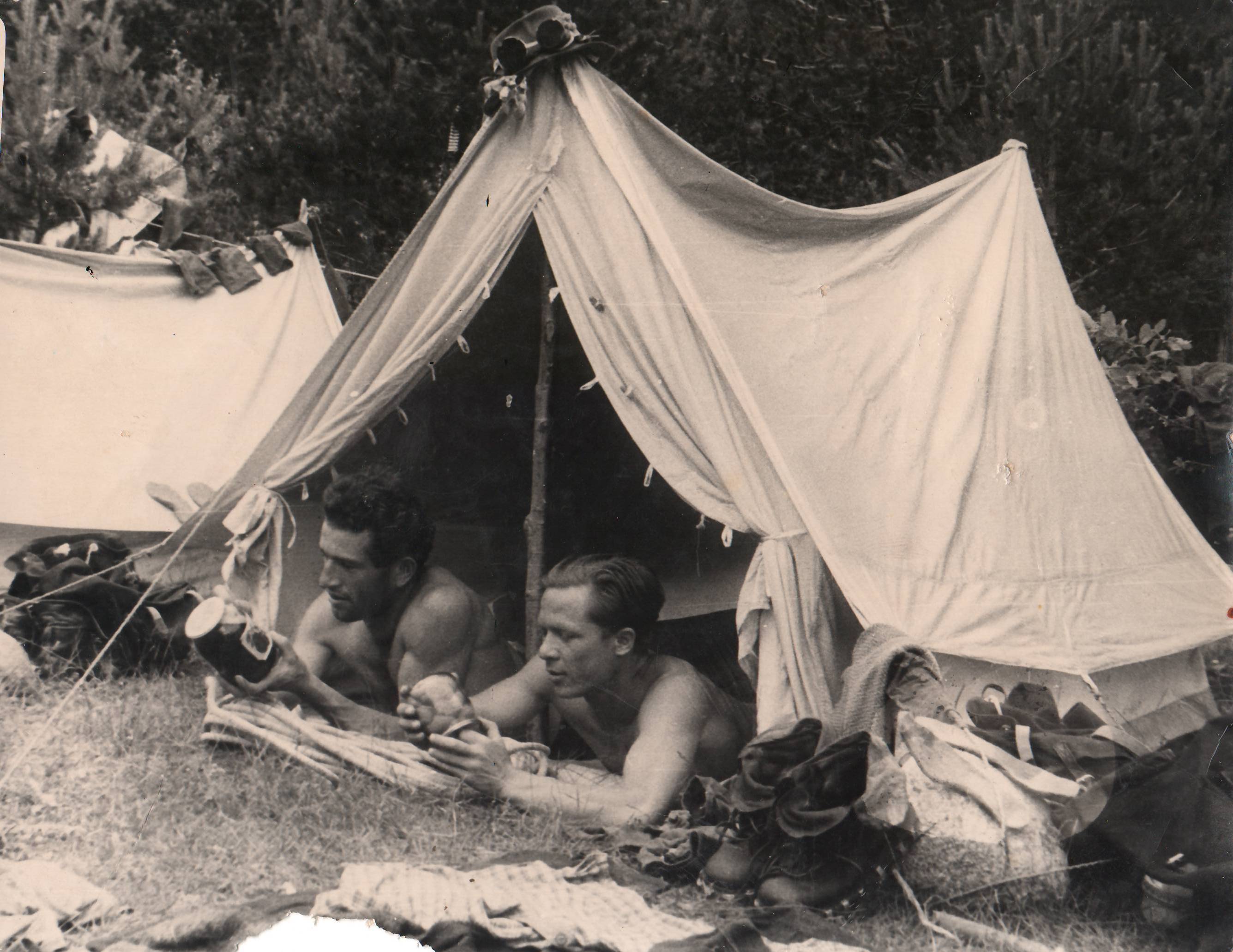